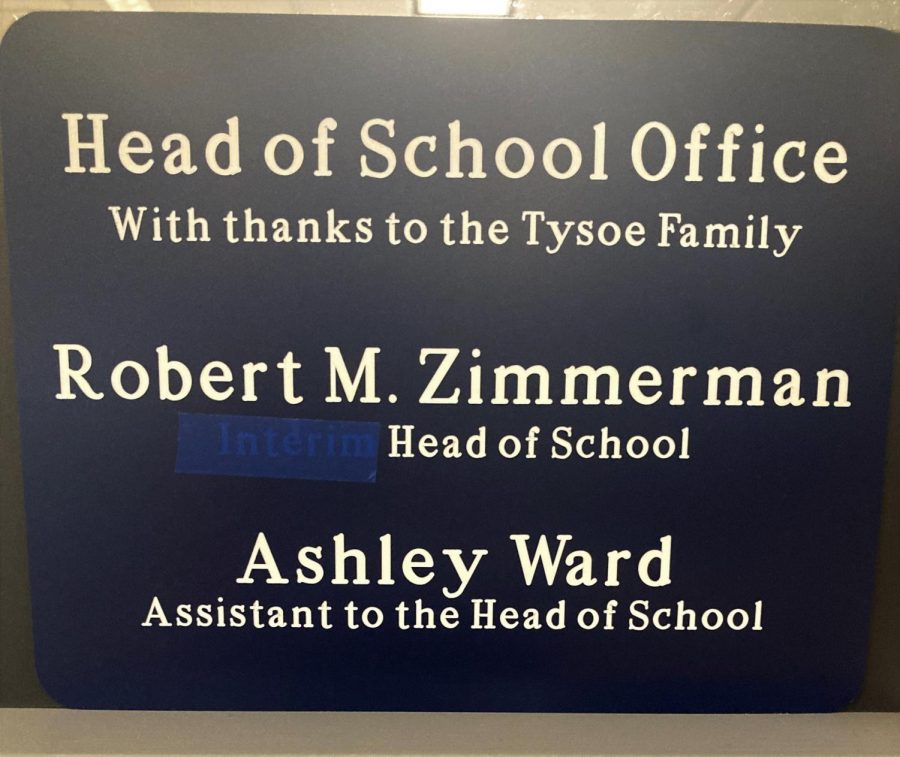 On Tuesday, August 24, CCD announced that Rob Zimmerman would be appointed as our permanent head of school instead of maintaining the position of interim head. According to the announcement, this decision was made after the search committee met with seven candidates, then decided to “explore the option of Rob assuming the role on a permanent basis” instead of one of the seven. After they conducted an interview and recommended him to the board, Mr. Zimmerman was approved to be the next head of school.

Seeing as Mr. Zimmerman was a partner at Dinsmore & Shohl – a law firm in Cincinnati – many students were left wondering why he chose to accept this position.

Mr. Zimmerman’s answer: because he’s committed to Country Day and has enjoyed the job so far. Over the years he’s been involved in Country Day “just about everywhere [he] can.”

He said, “I’m an alum and a neighbor – I grew up across the street. I’ve been a parent for the last eight years, a trustee for six years, I was the alumni council president for a couple of years as well, and I’ve been someone who volunteered with the mock trial team, I’ve coached youth sports.”

He wants to continue that involvement in Country Day with this new position which he said he’s “really enjoyed” so far and has found “incredibly rewarding.”

His background is in litigation and believes that that has prepared him for certain aspects of this job. “You know to be an attorney – certainly to be a litigator – is to solve complex problems, often at a fast pace in a high stakes environment,” he said, “so far I’ve felt comfortable in the role and feel well equipped to lead the school.”

However, he does recognize that he has a lot to learn. His main goal: listen to the community. He has been trying to talk with every member of the faculty and staff – “from the division heads to the groundskeepers” – in order to get their thoughts on the essential parts of CCD.

As for where the school is going, he’s looking to those conversations. “I don’t think that is a top down initiative” he said, but instead comes from faculty, staff, students, alums, and parents.

“I’ve really got my eyes set on 2026 – our centennial – as a critical pivot point for our school system,” he said.

In the meantime, he’ll continue to get out into the community. Visibility is an important part of this position, and for that reason you’ll see him at many sports events and other student activities.

“I think for students, if you don’t see them on stage or on the field, you miss sometimes an essential part of who they are” he said.

Getting to see students, both in the stands and on the field, has been “one of the most enjoyable parts of the job so far,” and he’s looking forward to the years to come.

Click to watch the full interview with Mr. Zimmerman, which includes additional questions such as Mr. Zimmerman’s views on pineapple on pizza.