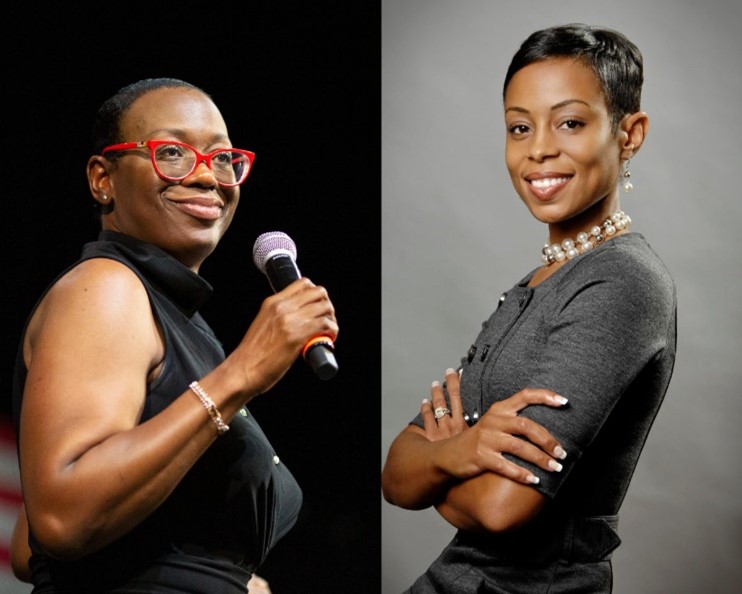 Pictured above is Nina Turner (left) and Shontel Brown (right)

Whether or not you have been paying close attention, recent elections and primaries for the House of Representatives may serve as a sign for the directions of both parties for the 2022 midterm elections for Senate, House, and Governor races. Below I will outline a few indicators of what is to come in the 2022 midterms based off of results from these recent special elections.

To begin locally, an important special primary election in Ohio’s 11th Congressional District took place on the evening of August 3rd. This was a primary, meaning that Republicans and Democrats took to the polls to select their nominees for the district’s election. (The Republican primary was largely ignored given the district’s almost assured status as Democratic for the general election.)

Following the December 8th, 2020, announcement of Congresswoman Marcia Fudge’s selection to be the next Secretary of Housing and Urban Development, former Bernie Sanders campaign co-chair and Ohio State Senator Nina Turner declared her candidacy in the soon-to-be-announced special election in the 11th district to replace outgoing congresswoman Fudge. Turner entered the race as the immediate frontrunner, given her status on and recognition from Bernie Sanders’ presidential campaign. Turner associated herself heavily with the progressive and democratic socialist wing of the Democratic Party. Turner’s status as the far-left candidate made many moderate Democrats uncomfortable, leading to Cuyahoga County Democratic Party Chair Shontel Brown’s entrance into the race.

Even with Brown in the race initially, early polls showed Turner dominating the race and winning by 30+ points. Turner did not even bother to show up to some of the early debates, possibly dealing a blow to her image in the eyes of more voters in her district. In that time, Brown raised more money and began to slowly creep up to Turner in later polls, with ones leading up to election day showing a tossup between the two.

Even with Turner’s endorsements from Bernie Sanders and Congresswoman Alexandria Ocasio-Cortez, Brown ended up winning decisively by six points.

Brown’s win is most likely attributed to voters’ overall satisfaction with the Biden agenda and how the Biden administration is leading the country. Among other comments, Turner’s previous comments of comparing voting for Joe Biden to eating “a bowl of s**t” most likely turned off many voters in the district who wanted a congresswoman who was cooperative with the moderates of the party. This included the House Majority Whip Jim Clyburn: a legendary figure and staunch Biden ally who endorsed and campaigned for Brown in this district. Democratic progressive candidates across the country would be smart to observe and learn from Turner’s loss and consider avoiding heavily criticizing and fighting with Joe Biden and his administration. As we saw in this election, most voters prefer candidates who pledge to rebuild bipartisanship instead of promising to further inflame the hyper-partisan tensions we see in government today.

Donald Trump has always enjoyed touting his endorsement success rate among candidates in GOP primaries and general elections. Recently, however, that success was called into question in the election to succeed the late Representative Ron Wright in Texas’s 6th Congressional District. Trump’s hand-picked candidate and widow of the late representative, Susan Wright, lost to Texas State Representative Jake Ellzey. After a May primary between candidates of all parties that was open to all voters shut out Democrats, the top two vote-getters, Republicans Ellzey and Wright, advanced to the general election on July 27th. Polls showed Trump’s endorsed candidate, Wright, leading Ellzey by a large margin. On election night, when the race was called for Ellzey, Trump and his team were embarrassed. They are desperate to preserve Trump’s “kingmaker” status in Republican primaries, and a loss of his hand-picked candidate was a major challenge to that status.

All of this meant that Mike Carey, a coal lobbyist and candidate for Ohio’s 15th Congressional District being vacated by Congressman Steve Stivers, had to win. Trump endorsed Carey very early in the race. After the loss of Susan Wright, a loss by Carey would have been devastating to the Trump team. Luckily for Trump, Carey decisively dispatched his fellow primary opponents in the district and Carey will most assuredly go on to defeat the Democratic nominee in that district as it is rated a safe Republican district.

Overall, these two very different fates for Trump-endorsed candidates call into question the power of Trump’s endorsement and how long a defeated former President will continue to hold the influence that he does over the Republican Party