French Outrage in the Case of Sarah Hamli 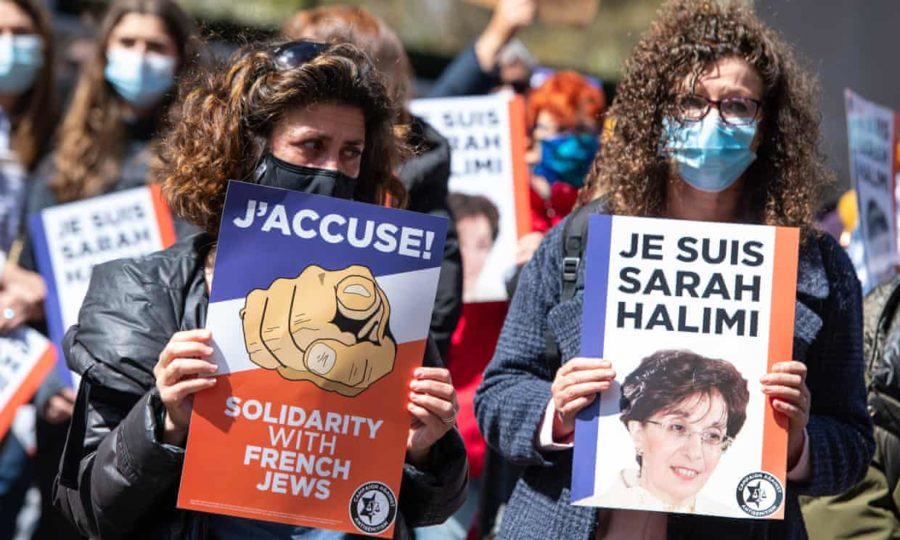 The recent decision by France’s highest court that Kibili Traore is unfit to stand trial for his anti- semitic murder of a 65 year old orthodox Jewish woman, Sarah Halimi, is causing outrage across France. On April 4, 2017, in Paris’ 11th arrondisment, Traore broke into Sarah Halimi’s apartment, brutally beat her while yelling “Allahu akbar,” which means God is Great in Arabic, and then threw her off the 3rd-floor balcony of her apartment. He also bragged “I killed the devil.” Traore who was Halimi’s downstairs neighbor, admitted to being triggered by her Jewish mezuzah as well as her prayer book. The judge ruled that Traore suffered a delirious fit fueled by heavy cannabis use and could not be held criminally responsible for his actions.

The ruling caused large protests throughout France, especially in Paris, as well as in cities such as TelAviv, Miami, London and the Hague. The main opposing argument is that Traore knowingly used cannabis and should therefore be held responsible for any consequences. One of the protesters carried a sign saying “two joints can get you high, ten joints can get you free.” Many important political figures including President Emmanuel Macron have asked for reform in the law to abolish the loophole used in the trial. President Macron had also previously condemned one of the lower court’s insanity findings in January of last year. This is unlike Macron who had previously said, “It is not for me to comment on a court decision.” His recent comments have been attempts to back up the Jewish community and help re-establish their general feeling of safety. The Jewish community feels that this ruling is one of the many high-profile attacks against their people. The consensus is that this court ruling makes French Jews feel less safe in France. This feeling is underscored by the immigration of more than 10,000 French Jews to Israel in the past decade.

Unsurprisingly the Halimi family is furious at the outcome of the trial, but expected it nonetheless. Their lawyer stated that the family had “become used to the justice system being in denial [about anti-Semitism].” The murder has also raised discussion about rising antisemitism in radical Muslim youth and poor immigrant neighborhoods. President Macron again showed support for the Jewish community, passing three different bills through parliament to battle Islamist separatism. French Jews feel that the community has been targeted by Islamic militant groups such and the Jihadists.

Because there is no possibility of an appeal in the French courts, the Halimi family plan to take the case to Israel where courts can examine cases of anti-semitism in other countries.  Although France doesn’t extradite its citizens, the ruling in Israel could bring some peace and comfort to the Halimi family.