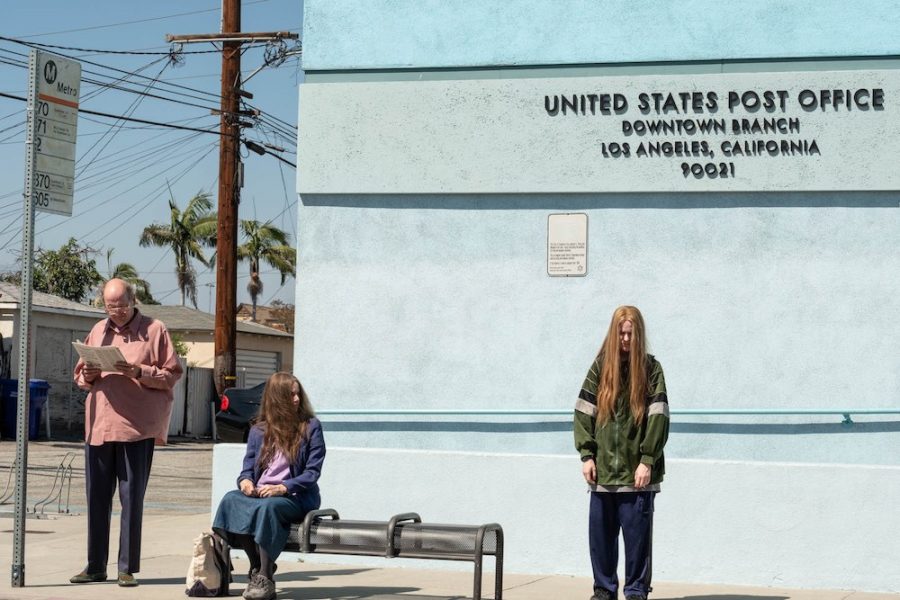 ANOTHER ROUND is a Danish film about four schoolteachers who test a theory stating that humans are born with a blood alcohol level 0.05% too low. As a result, these characters spend their days in a constant state of inebriation. The best films are those that change the way you view other films, and ANOTHER ROUND does exactly this. Never have I seen addiction and, more specifically, alcoholism portrayed so broadly in a film. It is not afraid to show the highs of such a substance when other films usually focus solely on the lows. Mads Mikkelsen gives what is perhaps the best performance of the year, and the ensemble as a whole is incredible. I highly recommend this film and I hope the Oscars gives it the recognition it deserves.

I’M THINKING OF ENDING THINGS, written and directed by Charlie Kaufman, is about a woman traveling with her boyfriend to his parents’ secluded farm. With his new film, Kaufman is yet again deeply interested in the subconscious and the human condition, but this time he has taken a much darker approach to the subject matter. While I’M THINKING OF ENDING THINGS is best categorized as horror movie, this is not a horror movie in the commercial sense. The film is a scary in an existential sort of way. The screenplay is in contention for being the best of the year, as it is incredibly complex. The majority of the runtime is taken up by scenes of our two main characters talking to each other in a car, and it’s absolutely riveting. I have seen the film twice and every time I watch it, I find something new to discover. I’M THINKING OF ENDING THINGS is currently on Netflix.

BACURAU is a Brazilian western/thriller about a town named Bacurau that is under attack by some outside forces. I don’t want to give much more away, since this film is best experienced when the viewer knows almost nothing about the film itself. With BACURAU, directors Kleber Mendonça Filho and Juliano Dornelles manage to masterfully craft scenes that are incredibly intense and unexpectedly quiet. Very little music is used in the most gripping scenes of the film, and it is quite refreshing and effective. Despite being so unique, the film certainly has its influences, paying homage to the styles of Quentin Tarantino and John Carpenter. I cannot emphasize enough how wonderful and strange this film is, even though it might not be for everyone.

LOVER’S ROCK was one of five films directed by Steve McQueen, director of 12 YEARS OF SLAVE, in 2020 and is part of an anthology series titled SMALL AXE, currently available on Amazon Prime. This film revolves around one night of partying in 1980s London. At just 70 minutes, Steve McQueen created an atmosphere that is so incredibly intoxicating and mesmerizing. The music, the camera work, the sweat dripping down the walls of this house, the performances. Everything about this film is so beautiful in what it is trying to accomplish. LOVER’S ROCK is the type of film you cannot fully appreciate until it’s finished. It ends and you feel as if you just experienced an entire night of blissful enjoyment and excitement. There are no major character arcs, there is no complex story, and there are no complex themes. This film is almost entirely focused on this culture and the atmosphere of this party. I highly recommend this film as well as the other films in McQueen’s SMALL AXE anthology.

I am almost certain that everyone reading this article is unfarmiliar with this film. KAJILIONAIRE is about a girl named Old Dolio, who was raised by her parents to pull heists and help them scam others. When an outsider named Melanie joins the family in their endeavors, Old Dolio’s entire life changes. KAJILIONAIRE is a heist film and even a comedy at times, yet it manages to be far more profound than what you might expect. It is a film about parenting and what it means to become one’s own person separate from the identities of one’s parents. The score is absolutely gorgeous and the relationship that blossoms between Old Dolio and Melanie is stunningly beautiful. The characters in the film are so likeable and well written. When the film ended, I was genuinely sad that I wasn’t going to see more of them. Every single actor did a wonderful job and brought a lot of nuance to their characters. It is a film that I have been obsessed with ever since I first saw it. KAJILIONAIRE is by far my favorite film of 2020.