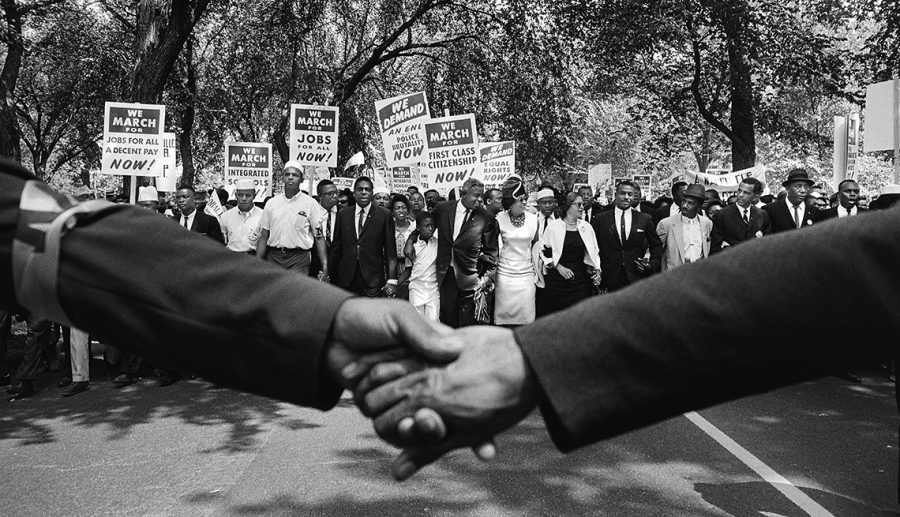 Country Day is taking on a new project this year: an interactive civil rights museum. To learn a little more about this endeavor, I interviewed the mastermind behind the museum, Dr. Tyrrell.

What inspired you to create this museum?

While preparing for APUSH this year, I watched a series on PBS called the Rise and Fall of Jim Crow. The series inspired me to help students understand the rise, fall, and subsequent rise of the narrative of African Americans in U.S. history. Of course, I was also deeply moved by the protests this summer, but I didn’t know exactly how I could contribute. I didn’t necessarily march in the streets, but as a teacher, I have a platform by which I can effect change through education. A museum is an effort of public history; through my work as a teacher, I can teach others how to use history for specific purposes.

Where did you get the idea for the museum?

Two winter breaks ago, I visited the Memphis Civil Rights Museum. I love that museum, in large part because it covers everything I teach in APUSH, but does a better job of bringing the history alive. So last year, I had APUSH students create Harlem Renaissance projects to transform our classroom into something like a museum. However, all the projects consisted of posterboards and short presentations and didn’t have the interactive quality I desired. I’m struck by how the lower school makes such a warm and welcoming environment of their building, and I feel the upper school has a long way to go in that regard, which is why I want the museum to have a physical component. When students walk through the space, the space should educate them.

When do you hope to launch this museum?

I hope to have everything submitted by the beginning of March and have everything operational by the week before spring break, which will be when our grand opening takes place—both in-person and digital.

How are you going to format this museum? How will both in-person and remote students view the museum?

I’m still deciding how I want to format the museum. I could have topics organized thematically, with categories such as “music providing a voice for change” or “sports as a platform for activism.” However, I’m more drawn to chronology because it sticks to my original interests of sharing with students the narrative of American history and what events led to the summer of 2020 and beyond.

A big concern of mine is making sure the museum is accessible to remote students, as well as other members of the community, such as parents, who cannot access the school building this year. I think it’s important to share our work with them as well. I think the digital component of the museum will be our main contribution. Mr. Fossett came up with the idea of calling the physical component of the museum a “traveling exhibit,” for which the main sampling of the projects will take place in the commons, where students can walk through the exhibits.

What are some exhibit ideas you’ve heard?

One of my favorite ideas for a museum exhibit is how Kourtni Hamilton (11th), who is a talented singer, will be performing some key civil rights songs. She will be working in conjunction with kindergarteners, who are learning about civil rights through music. I’m personally touched by this project because I have a kindergartener. This is another thing I love about Country Day: the ability to work across divisions. How powerful is it to have an upper school student, with the depth of understanding and awareness they have, collaborate with innocent and fresh-eyed lower schoolers?

How are different classes and grades learning about civil rights and contributing to the museum?

Classes of many different subjects, as well as nearly every grade level, are contributing to the museum. Mrs. Gunn is having her geometry students create a mosaic of African American STEM leaders. I’m really impressed Mr. Faulhaber’s statistics class is able to contribute a discussion of NFL player statistics and equity. Ms. Woods’s class in the middle school will be discussing West African life and slavery, to give us the beginning of the narrative. In the lower school, we have a number of contributions. The second graders will be submitting some of their wax figures from their wax museum. Third graders are learning about authors who are different, which gives us an idea of the complexity of identity and also relates to the projects of 11th and 12th-graders in Señora Castro’s classes.

Will the museum focus solely on the narrative of African Americans, or will it discuss the acquisition of civil rights by other groups as well?

In general, the narrative of the museum is our nation’s path to freedom, equality, and justice. In U.S. history, the dominant narrative is driven by race, which is why I feel the dominant narrative of the museum should be African Americans. However, I am open to including other groups that have fought for freedom, equality, and justice. For example, Krithika Dama (11th) and Irene Wang (11th) are discussing how women have exerted alternative uses of power prior to suffrage. Mrs. Weinheimer’s 12th grade English class is discussing Native American World War II soldiers. A few upper schoolers, Margaret Sprigg-Dudley (11th), Bijin Basu (11th), and Austin Vaughan (11th),  are planning to contribute a project on how the LGBTQ community has also fought for the ideals of freedom, equality, and justice, and how it has intersected, for example, with the current Black Lives Matter movement. There are even a few issues I wish students had picked but did not. For example, I wish our museum spoke of people with disabilities, whose issues have been overlooked throughout history. However, the museum is not meant to be a comprehensive look at everything that has happened in American history. It is merely meant to provide an opportunity for people to express how different groups fought for freedom, equality, and justice.

Do you want the museum to become a yearly project?

I’ve given some thought to continuing the museum past this year, but I’m honestly just nervous about pulling this off. In typical years, we have CCDX week, in which we are able to express ourselves through project-based work. This year, of course, it was canceled due to COVID. It just so happens that the digital format of the museum allows students to work collaboratively without having to dedicate a full week to projects.

What do you hope to achieve with the museum?

My ultimate objective is to have students engage in the process of teaching others about their American history. I want education to start early, which is why the museum will include projects from even our earliest learners. Another goal of mine is to facilitate more discussions about culture, and about the culture of the school, within our community. We want to create a warm and welcoming environment, and the best way to do that is to educate people on how to understand different backgrounds. We understand people better by knowing their past, and significant events in their history that contributed to who they are as a person. Education is the best way to go about learning that.