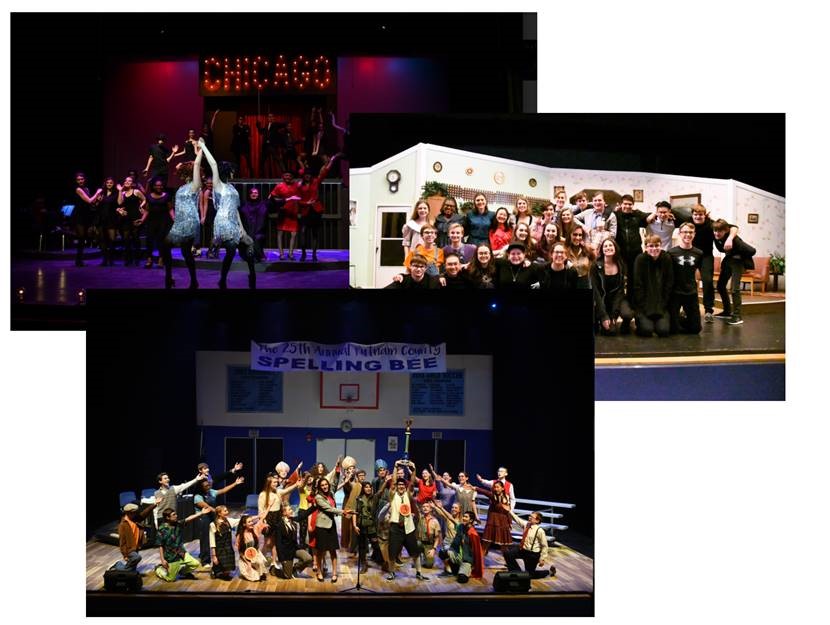 Amidst a rapidly changing world we try to hold on to what we love. Many people are a fan of theater, but the pandemic has posed a new challenge: how can we put on a show while keeping each other safe? Theaters from Broadway to Country Day have had to face this question. Here at CCD we have adapted our program so that students still have the opportunity to act and do tech while remaining safe. This year, the theater department will be producing Shakespeare’s Comedy of Errors in video format. Each month a new episode containing one act of the play will be released. The tech crew will build a set like normal and continue to have crews like sound, lights, and props, but this year there will be an addition: film crew. The actors will be filmed individually so that they can play their part while not wearing a mask, and the theater will be ventilated each night. Seeing as we cannot have a normal musical, song elements, such as a theme song, will be incorporated into each video. After all parts are filmed, the act will be edited together and released.

Mr. Rose, the new drama director, and Mr. DiTullio came up with this idea at the beginning of the year, then had to get student feedback and school approval. Mr. Rose describes the brainstorming process as “a lot of running into an obstacle and turning left.” Because professional theater groups have been faced with the same problem since March, there were already ideas out there that the school could work off of. Seeing as the theater department did not want to put on a show with masks on, the number of people allowed on stage was limited. Likewise, the number of audience members would have been restricted even if they were all wearing masks. Mr. Rose says, “it was sort of like, ‘OK, we know we can’t do these things. So what do we do?’” Ultimately, they decided on a video.

The theater department usually makes money off of shows, but that has been tossed “right out the window.” However, the department still needs funding in order to run. Mr. Rose says, “We’re really leaning into parent tributes. Because it’s a video format, it allows for parent tributes to be recorded and included in the video.” Instead of appearing in the program, these tributes may end up right in the video almost like an ad. The video itself, however, will be free to watch. Mr. Rose explains that, seeing as the videos will include songs, it has to be non-monetary. In addition, a price would limit views. Instead, one possibility is that videos will be shown during advisory. Mr. Rose says, “We’ve gotten a lot of great support from Ms. Weinheimer and from Mr. Jaccaci. As a matter of fact, when we were first banding about the ideas, that was something that they kind of ran with as like, ‘oh great, if you do it in episodes and you make them only about 18 to 20 minutes long, we could have them watched during advisory.’” Other than that, news about the production will be by word of mouth or social media.

As with everything, this has both downsides and upsides. The main disadvantage is the lack of social time within the theater community: any time spent together has to be controlled in specific events. As Mr. Rose describes, “People who normally wouldn’t get to hang out with each other except for through theater are now only going to get to hang out with each other in small ways.” However, there are advantages as well (besides just keeping people safe). To start, there is more flexibility for those involved. “Usually there are always complex schedules because there’s so many extra curricular activities for the students,” Mr. Rose says, but, because each student is recorded individually and there is no set production date, it “allows us to be extremely flexible to their schedule. Flexibility allows more students to be able to participate.” On top of that, he thinks “more people have access to actually see this production then normally would.” However, when asked if we would continue to do something like this in future years, he said “Simple answer: no.” But as long as COVID is around, the theater department will continue to have to be creative. Plus, now that there is a film department, Mr. Rose hopes that they will “start branching off into creating films and film productions.” Theater everywhere is changing, but hopefully we’ll gain new knowledge and experiences from these challenges.