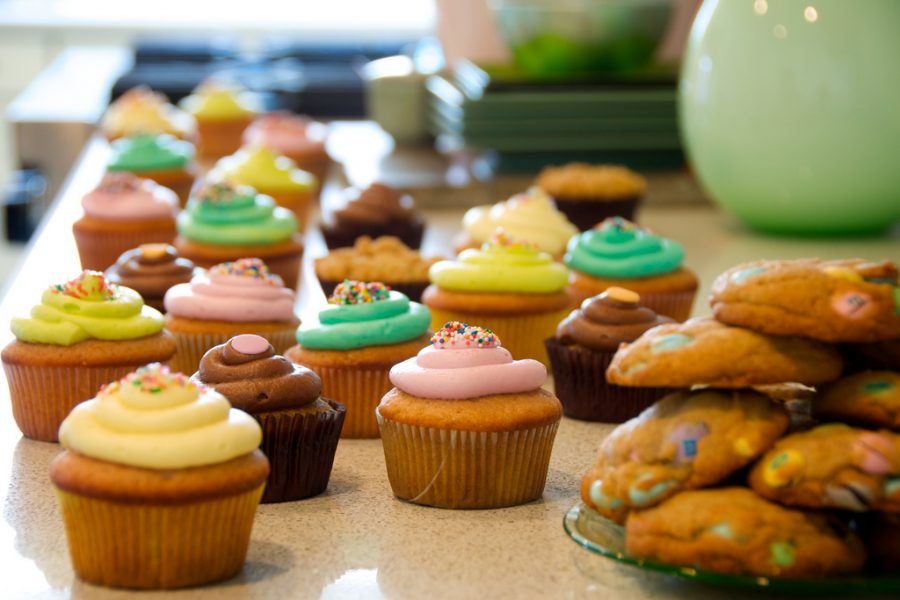 Ashley Odom, a rising eighth grader at Country Day, uses her passion for good. In light of the recent BLM Protests as well as the death of George Floyd, Ashley started a cupcake business to support the Cincinnati Bail Funds. Ashley, who has attended Country Day for nine years, says that although there is definitely room for improvement at Country Day, she feels that the school is ‘working hard to be a voice of change’. Ashley says that though she and her minority friends have at times faced racial prejudice and bias at Country Day, she feels that ‘Country Day is trying its best to make the campus a safe place for everyone.’ Ashley expands on this topic, explaining that she appreciates administrators such as Mrs. Joiner (CCD’s Director of Diversity) Miss Scully, Miss Woods, and Mrs. Joyce who lead students in difficult conversations about racism and racial topics.

Passionate about both Black Lives Matter as well as baking, Ashley and her family started a cupcake business to support Cincinnati Bail Funds. Compelled by the Black Lives Matter Movement, Ashley’s sister came up with the idea of a cupcake business and the rest of her family followed suit, coming up with ideas and strategies for the business. Ashley started brainstorming different flavors of cupcakes for the cause, and soon the business was born. “Without my family this never would have been possible”, Ashley says as she explains the hard work that goes into the business. “I felt hopeless to what was happening in the world,” Ashley says,” I wanted to make a difference, but I couldn’t go to protests, so I had to think out of the box.” Although she could not be at the protests, by donating profits to the Cincinnati Bail Fund, an organization that pays bail for peaceful protests that are unjustly thrown in jail, both Ashley and her family were able to support protesters as well as the movement. With the help of social media and word of mouth, the business raised 1,000 dollars in the week it started. “The goal of my business is to help a lot of the peaceful protesters get out of jail.  However, I would say the bigger goal of my business is to fight against the evil that is happening right now in our country.” Ashley says that to her, the Black Lives Matter movement symbolizes justice. “It is sad that in our world today we must protest the use of the confederate flag, the rights of African American people, the rights of the LGBTQ community, and so on”, she says. Ashley says that so far, the bestselling cupcake is the Black Girl Magic cupcake- a chocolate cupcake with chocolate frosting adorned with star shaped sprinkles. “The cupcakes popularity is probably due to its name because Black Girl magic is awesome- In cake form or otherwise”, she adds.

Ashley hopes to spread awareness for the BLM movement at Country Day. She and her friends are working on a PowerPoint about the BLM movement that they plan to show Country Day students. “We all feel very passionately about current events”, she explains. “Everyone can make a difference- you just have to think outside the box!”