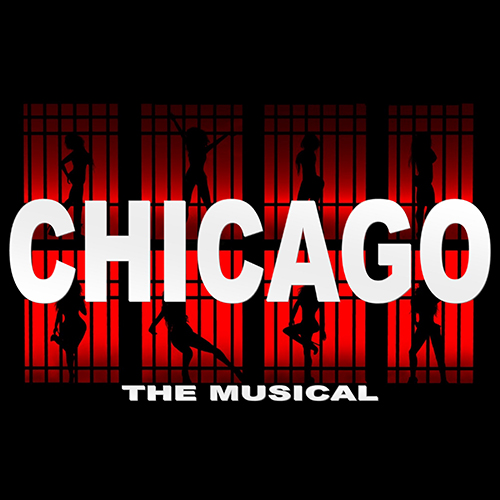 Set during the roaring 20s, Chicago tells the story of two rival merry murderesses Roxie (Annabel Forman) and Velma (Ava Kellar) and their fight to not only get acquitted with the help of lawyer Billy Flynn (Eric Fleischmann), but to gain fame and fortune. The cast also included Anika Minocha as ‘Mama,’ the matron of the Cook County Jail, WIll Beyreis and Frank Weston as Amos Hart, Roxie’s simple but good-natured husband, Celie Hudson as Mary Sunshine, Chicago’s top newspaper reporter, along with Gauri Midha, Nellie Shih, Nevie Smith, Ella Beyreis, and Anna Bowers as the merry murderesses of Cook County Jail.

The first thing we saw upon entering the theater was the massive illuminated Chicago sign. It was used very effectively throughout the show and really set the scene. The rest of the set was also very impressive. Although the stairs may have seemed a little precarious, the cast members acted like they had no trouble dancing up and down them. In addition, the bars in Cell Block Tango were particularly well-done.

While the set did a great job transporting the audience to 1920s Chicago, the cast really made the show. Ava Kellar’s throaty voice and impressive dancing skills were perfect for the demanding role of Velma Kelly. Annabel Forman’s acting skills really made her character, along with her powerful riffs and the licking of her teeth. The wigs were a little off-putting, but helped the audience see them as Roxie and Velma instead of Annabel and Ava. Eric Fleischmann wooed the audience as Billy Flynn, with his slicked back hair and posse of boa-clad admirers, not to mention his amazing voice. On Thursday and Saturday, Frank Weston’s sweet and demure demeanor fit the part of Amos Hart perfectly. For the teaser and Friday night, Will Beyreis portrayed Roxie’s husband very well, his soft voice and sad expression making the entire audience want to get up and hug him. They couldn’t have cast a better Mama than Anika Minocha: her sassiness and deep voice took command of the entire stage.

As for the musical numbers, “Cell Block Tango” really blew us away. The combination of the set, the choreography, and the actresses made the song one of our favorites. Each individual murderess told her story in a powerful, funny, and quite honestly terrifying manner that had the audience on the edge of their seats. “They Both Reached for the Gun” was also very well-done. Its production in the teaser is what made us realize that we needed to go see this musical. The ensemble (along with Eric’s ventriloquist skills) made it one of the most powerful pieces in the entire show. Another one of the strongest pieces was “All I Care About is Love.” The feather boas and Eric’s vocal skills left the audience mesmerized.

When Chicago was announced as the musical, many people were skeptical due to its scandalous nature, and unsure whether a high school cast could pull it off. After all, they definitely didn’t hold anything back during the teaser. But after seeing the full show, we honestly think that this was the best musical production of our entire high school career.