My Experience in the Upper School Musical 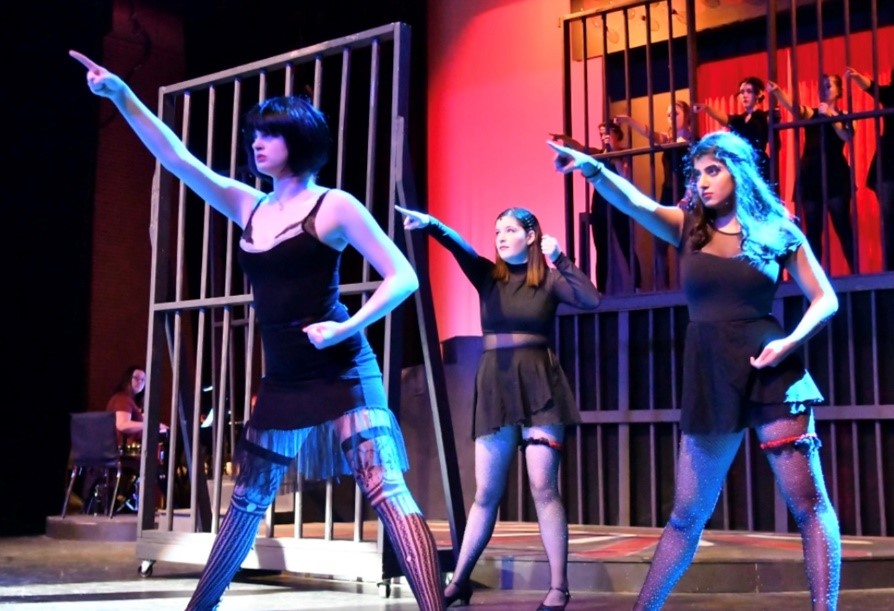 My Experience in the Upper School Musical

This year, Cincinnati Country Day School performed Chicago as their spring musical. The story takes place in the roaring 1920s with lots of booze, men, and dancing. It showcases the corruption deep inside the jailing system. You see how easy it is to commit murder but how it’s even easier to be declared innocent when you have money. I played one of the merry murderesses, June. She lies in Cook County Jail for killing her husband who accused her of cheating on him with the milkman.

As someone who had previously been in upper school musicals, I was excited going in but still unsure about what to expect. Last year, as a freshman, I loved how close the cast got and how supportive of each other we were, but I never expected that we could become even closer this year. No matter if someone messed up or if someone did a great job, everyone encouraged them. All students involved made sure that the environment was so welcoming that no one was embarrassed on or off stage. Everyone became friends, including cast and crew. I personally made friends with people who I used to only see roaming the halls. I had so much fun getting to know all these people and becoming really good friends with most of them. These people made me feel comfortable to put out everything I have on stage. There was never a time for me to feel nervous, for I knew that they would always help me if something went wrong. No matter if something went great or if it went terribly wrong, everyone would be supportive and would continue to cheer you on.

My experience in the musical this year was better than I could have ever expected it to be. There was never a time where everyone wasn’t laughing or having fun together. There wasn’t a single person who I didn’t talk to and who didn’t help me when I struggled. Everyone showed me how fun and how stressful it is to be in the musical, but also how very rewarding it is in the end. I am excited next year when as an upper-classman I can show lower-classmen how amazing being in the musical actually is.