From January 18th to January 22nd, eight AP Photo students were across the country in LA with Ms. L and Mr. Twyford. We stayed in the Beverly Hills/West Hollywood area, and the weather was in the 60s for the most part (for reference, it was snowing in Cincinnati).

After landing, we piled into our van and drove to the Grove for lunch, which is reminiscent of Findlay Market. We also shot photos at the Peterson Auto Museum Building, which is designed to look like a fingerprint, and the LACMA lampposts. 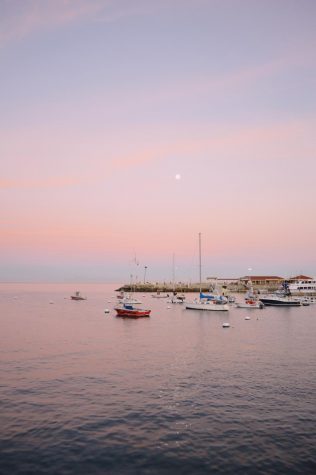 By the second day, we were all given assignments to complete over the course of the trip. Each student had a word or phrase to photograph, for example: reflection, shadow, food, angles, and shooting without looking through the lens. We took a ferry to Catalina Island, a resort town southwest of LA. The scenic island has a European feel, while the town reminded us of Disney’s Celebration, Florida.

The third day, we visited the Getty Center, an art museum looking over Los Angeles. There was a Sally Mann exhibit on display, a photographer we had studied in class. Mann is known for her large format, black and white portraits and landscapes. She uses the wet plate collodion technique, requiring her to coat glass plates with collodion in order to develop her photos. We experimented with this process ourselves with Josh Withers at Santa Monica College. 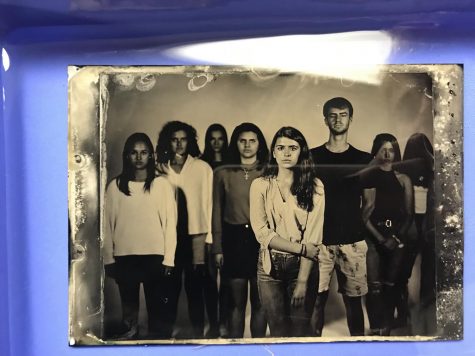 On the last day of the trip, we were lucky enough to visit the set of the TV series All American with lighting technician Danny Enneking. He has previously worked on shows and movies such as This is Us and the upcoming Captain Marvel. We were introduced to the production team, and had a great time experiencing a typical day on a set.

The trip was an unforgettable mix of palm trees, In N Out, people-watching, a surprising lack of LA traffic, a delayed flight, and plenty of laughs. The trip was one of the highlights of my senior year, and I would encourage anyone to participate when Ms. L is ready to travel with her next group of students.