Criticism of Mary Queen of Scots Movie from a Historical Perspective 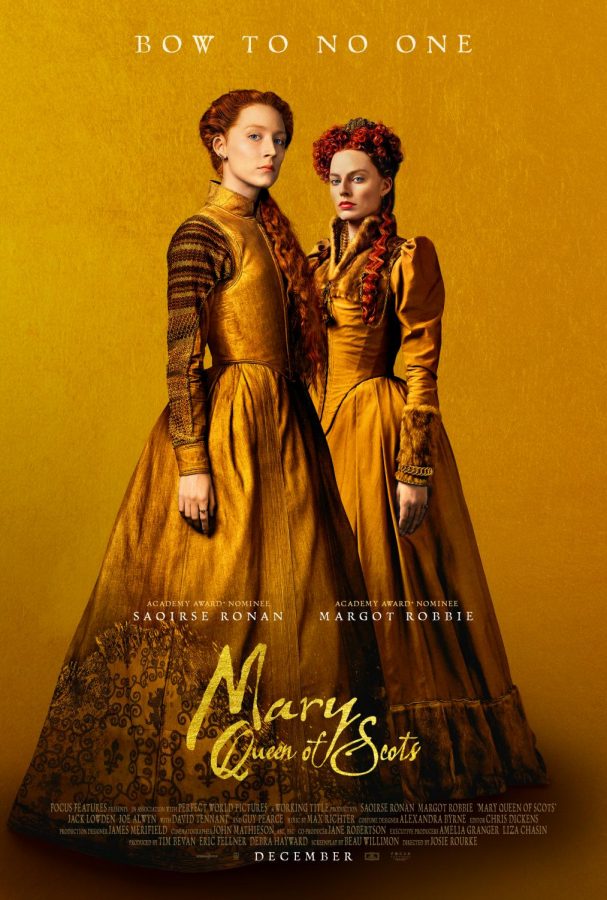 The recent movie “Mary Queen of Scots” is a captivating biopic  of both Queen Elizabeth and Queen Mary’s royally disturbing lives. The film focuses on the intense rivalry between the two queens, and depicts Elizabeth as a weak and less powerful foil for her cousin, Mary Queen of Scots. Upon their release, the film posters became a point of controversy. Saorise Ronan, who plays Mary, was pictured with the words “born to fight” above her head, while Margot Robbie, who plays Elizabeth, was pictured with “born to power”. The posters portray a powerful message, although it is not necessarily historically accurate. Ultimately, the messages should be switched for accuracy. Mary Queen of Scots was definitely born to power (she was crowned queen when she was a six-day-old infant), and Queen Elizabeth of England, was in fact, born to fight (she spent most of her childhood in jail by orders of her sister, Queen Mary I). The film is biased towards Mary as the superior queen and person, discrediting Elizabeth’s many awe-inspiring achievements as Queen of England as well as her personal struggles.

The movie itself is confusing for anyone who does not know historical background information concerning the lives of both Mary and Elizabeth. I watched the movie with a friend who didn’t know the details of either Queens’ life and the movie was difficult for her to follow. It was very fast paced, containing many different characters who were difficult to place for someone who didn’t know both 16th century Scottish and English politics (aka like 95% of everyone). I only know histortical details from a historical fiction television series.

The film makes it clear that Elizabeth and Mary never met face-to-face, although they occasionally corresponded through letters sent back and forth from England to Scotland. The movie opens when Mary returns to Scotland for the first time since childhood, and she begins to rule her people. Mary struggles with her deceitful brother James, the Earl of Moray.  She also has difficulty maintaining the identity of Scotland as a Catholic nation. John Knox, a misogynistic protestant minister, threatens her peaceful reign over Scotland as well as her life.

At the same time, Elizabeth struggles to maintain the respect and authority of her English court, some of whom refuse to obey her because of her gender. The English Queen also suffers a nearly fatal case of smallpox, and even considers naming Mary as her successor after death.  Elizabeth also has a (not so secret) affair with a member of her court,  Robert Dudley. As her cousin Mary searches for her second husband, Elizabeth offers her beloved Dudley as a potential match. Mary decides to instead court the English Lord Darnley against Elizabeth’s wishes. Darnley holds a claim to the English throne, and when the Queen of Scots marries him, she makes a direct threat to Elizabeth’s reign. Mary’s life quickly falls apart after her marriage, as she later accused of murdering her husband and is imprisoned by Elizabeth in England until she is finally beheaded for plotting the death of her cousin.

The film’s historical inaccuracy highlights the writer’s failed attempt to draw the queens closer together in order to create a foil. In the movie, Mary and Elizabeth meet in an abandoned barn, without seeing each other’s faces. According to BBC, this event never occurred, and the two queens were barely in correspondence, and never met The beginning of the movie depicts Elizabeth and Mary’s friendship, which according to letters sent back and forth between them, never truly occurred. The two queens were enemies from the start. Historians also have problems with Mary’s Scottish accent. Because Mary was raised in France, and her primary language was French, so she could never have acquired a true Scottish accent. Historians believe the film is primarily fiction, because it changes so many details of each queen’s life, and misrepresents history.

As many other reviews say, the film is nothing more than adequate, but it brings an important point to light. Both queens struggled to trust their advisors, councilors, friends, and lovers, and they were frequently betrayed by those closest to them. Although these queens are seen as icons even today, it is easy to overlook the fact that although they were two of the most powerful women on the globe, the only way they could survive in a male-dominated society was to isolate themselves and trust no-one.