The Race for MVP – Harden vs. Antetokounmpo 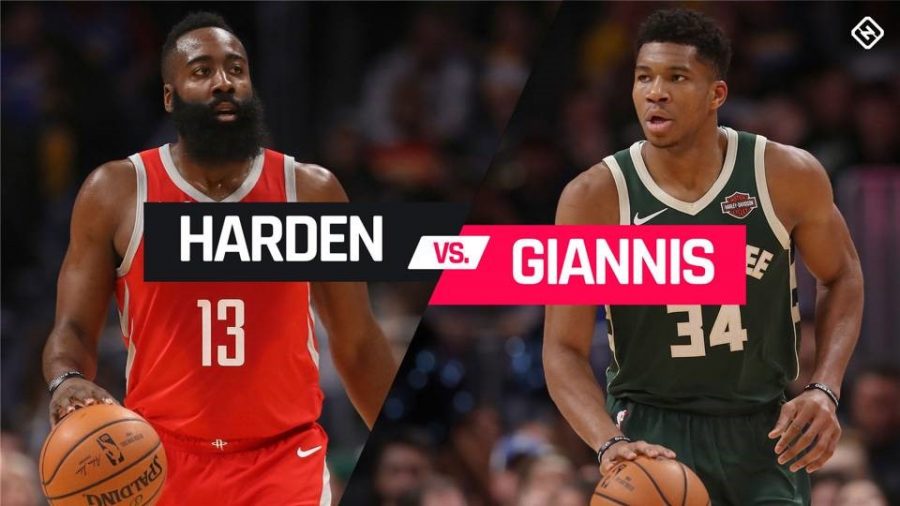 The Race for MVP – Harden vs. Antetokounmpo

Every year, the race for the Most Valuable Player is one of the more debated topics. Critics have a tough time differentiating between the value of the individual player and the overall success of the team. The two front-runners this year, Giannis Antetokounmpo and James Harden, fit both categories as they put up astounding numbers each night and play for the top teams in their respective conferences.

Standing at 6’11”, 242 pounds, the aptly named “Greek Freak” is a monster. He can get into the paint at will while also bullying most players, not to mention his jaw-dropping dunking ability. While averaging 26 points per game, Antetokounmpo also sets up his teammates with 6 assists a game, and he pulls down around 12 rebounds. On the defensive end, Giannis’s size, lateral quickness, and huge wingspan place him as a legitimate candidate for Defensive Player of the Year. He is also extremely efficient compared to most players– in his last game he scored 27 points off of only 14 shots, without making any threes. The only problem with Giannis, however, is his inability to shoot from beyond the arc. This year, he’s shooting 17% from three, a thirteen percent drop from last year. Assuming Giannis can fix his jump shot in the next few years, he could be a serious candidate for the best player in the league once LeBron ages.

While Antetokounmpo has played wonderfully and would probably win the MVP award any other year, James Harden has been on a different level this past month. The Rockets started the season in a limbo, hanging around the 9th and 10th spot in the conference. The front office tried to force a washed-up Carmelo Anthony into an already dominating lineup with Chris Paul and Harden. Paul has also been injured the majority of the season, leaving Harden to carry to the team. Over the past 20 games, Harden hasn’t scored less than 29 points. In the past 2 games, Harden’s been one possession away from 60-point performances. Even his defense has improved, as he now averages two steals a game. Harden has quite literally dragged his team from a lottery pick team to the top half of the Western Conference—the more dominant of the two conferences. It’s not fun for America when the same player is the MVP two years in a row, but James Harden clearly deserves it.