What Sugar Overconsumption Does To Your Body 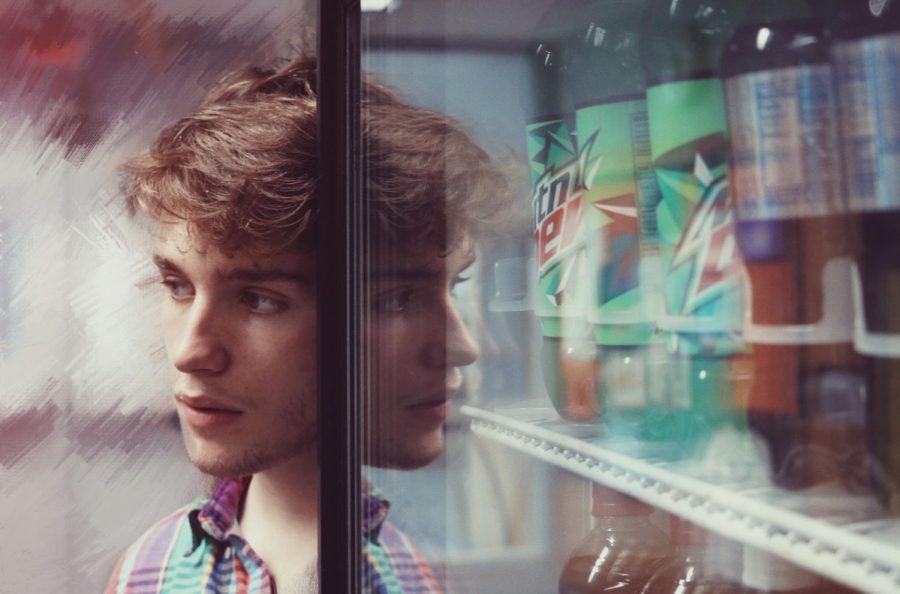 Despite its link to depression, anxiety, Alzheimer’s, diabetes and even cancer, sugar is added into 80% of foods in the supermarket, most of which target children. Resting atop a 50 billion-dollar industry, sugar is a drug that’s difficult to regulate. My photography portfolio began as a study of this pernicious substance which has become synonymous to happiness. Through a series of 12 images I show the hidden but caustic side of sugar. I desaturated my photos to show the crash that occurs after the momentary illusion of happiness brought by sugar. I want to convey to the viewer that a moment of happiness is not worth a lifetime of sadness and disease. People need to be aware of how much sugar they are eating the dangers of too much. With the help of my photography I hope to reverse media’s portrayal of sugar as a panacea. In addition to using my art to expose this bitter truth about sugar, I also gave talks to raise awareness about the negative effects of sugar over-consumption in schools in rural and urban India, and wrote a three part series for a The Hindu, a national Indian newspaper. Here’s my first article more or less how it was published in the Hindu:

Many people are aware that sugar is bad for them, but that doesn’t stop them from consuming literally consuming tons of it. The problem is that sugar is highly addictive, and most people don’t know why it is bad. In this three-part series we will delve into some of the effects of sugar on the body, hidden sugars, and how to cut down and eat a healthy amount of sugar.

India has the highest number of people with type 2 Diabetes across the world. As of 2017 it is estimated that there were 72 million cases of diabetes. By 2025 or 2030 this number is projected to double. Diabetes is now the 7th most frequent cause of death in India, and it’s more prevalent in wealthy states. Type 2 diabetes is commonly called “sugar” because it is a lifestyle ailment caused by sugar overconsumption. The pancreas produces insulin which regulates sugar in the blood stream by converting it into glucose. Then the glucose is stored in fat cells, red blood cells, and muscle cells throughout the body which can be used as energy later. If an individual regularly eats too much sugar their pancreas will produce too much insulin and the body’s cells will develop insulin resistance. This means that the glucose can’t easily be stored in the body’s cells, thus causing an excess of sugar in the bloodstream. Consequently, the pancreas stops producing insulin and therefore all sugar consumed remains in the blood stream. Some researchers are calling Alzheimer’s Type 3 diabetes, because it occurs when there is insulin resistance in the brain.

Throughout history sugar was a source of fast energy which helped humans survive. Now that food is mass produced, we don’t need to consume sugar for survival. But evolution hasn’t adapted our brains to this new trend of easy access to food. Since dopamine is released to reward us anytime we do something that helps us survive, the brain still produces large amounts of dopamine, or the “feel good” hormone when we eat sugar. Drugs trick the brain into releasing abnormal amounts—nearly 2 to 10 times the normal amount—of dopamine. People are enhancing the addictive properties of sugar by adding it into all foods. Processed foods as simple as ketchup, yogurt and oatmeal are spiked with sugar. Like cocaine and heroin, sugar overconsumption causes the brain to release too much of the reward hormone, thus making parts of the brain insensitive to it. Over time, we must consume greater amounts of sugar to feel good. However, this “good feeling” only lasts for 15 to 40 minutes and is inevitably followed by a crash. Thus, sugar causes the vicious cycles of intense cravings which many of us fight throughout the day. In this manner sugar overconsumption is related to neurological problems like depression, anxiety, dementia and even Alzheimer’s. The cherry on top is that sugar impairs memory and learning by literally slowing down the brain. So next time you’re eating added sugars in biscuits or even in milk, be aware of the long-term effects of sugar overconsumption and the addictive nature of sugar.

Here’s the link to the article as published on The Hindu: https://www.thehindu.com/sci-tech/health/the-bitter-truth-about-sugar/article24539374.ece