Week One in the NFL 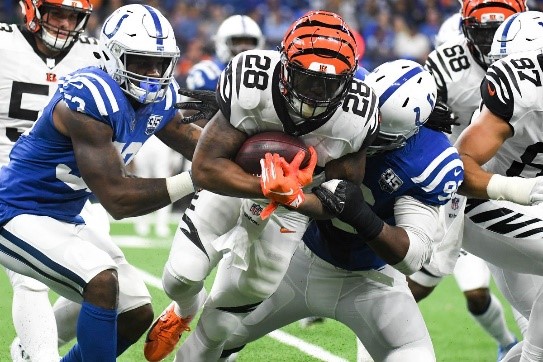 Week 1 in the NFL

Was insane!!!! Football season last year really wasn’t all that good, although it was topped off by a nice performance by the Eagles which left some hope in peoples minds that the NFL could be saved. The preseason wasn’t anything big besides some nice showcases by star rookies like Baker Mayfield and Saquon Barkley. But in a blink of an eye the regular season started—and it was amazing.

Now onto the main part of the article, the Bengals.

The Bengals came out and won against the impressive Colts team. The game started off on a nerve-racking note with back-to-back interceptions, but the Colts were able to pull out ahead. This game was very important to Colts fans as it was the first time Andrew Luck took to the field for months (it’s been around 600 days since his last snap). Besides his interception, he came out firing and was able to get the Colts on the board multiple times (https://www.stampedeblue.com/2018/9/10/17840680/colts-vs-bengals-week-one-snap-counts ). The Bengals had to rely heavily on their defense to perform under pressure—and they did, with two goal-line stops resulting in an interception and a field goal. It was 16 to 10 Colts at 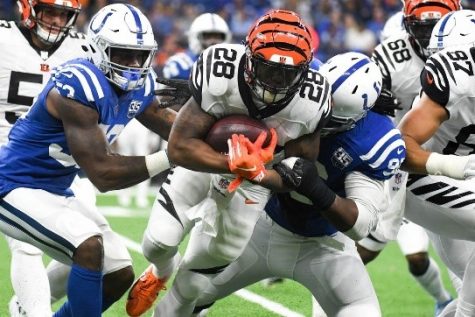 the half. The Bengals’ offense wasn’t lagging but the Colts’ was simply much better in terms of moving the chains, controlling the line of scrimmage and winning key matchups in their favor.

The second half was a completely different narrative. The Bengals’ offense was highlighted with stellar play by Joe Mixon and Andy Dalton. Mixon carried the ball hard the entire game, totaling 149 yards against the Colts defense. The Bengals had invested in their offensive line and it showed by the creases Mixon was able to find—the Bengals might even be starting to undergo a change and turn into a run-first offense. Mixon totaled a 5.59 average for yards per carry, which is monumentally better than that of Jeremy H 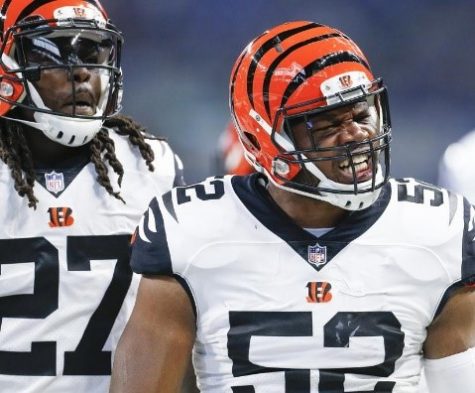 ill of last season. Mixon is reliable and has the help of Giovani Bernard to take some of the load off.  A lot of people didn’t know what to expect from Dalton this season, but he came out and silenced his haters. He spread the ball, made good reads, and was able to move the ball, whether it was through the air or on the ground. Dalton was poised even after throwing an interception on his first throw and being sacked multiple times. He was able to connect with AJ Green on multiple throws that either ended up in a first down or a touchdown, and to draw contact on several deep throws that resulted in huge chunks of penalty yardage. But in the end, it was the defense that won the game. They managed to capitalize on multiple opportunities, holding the Colts to field goals on multiple drives. They did get torched to the lowest of keys as Andrew Luck did put up 23 points, but Adam Vinatieri also had to kick four field goals, of which he only made three. Being able to stall the Colts on four drives is a huge success for the Bengals. The Bengals ended the game with closure, putting up 17 points in the fourth quarter. The final score was 34-23, a very impressive showing by the Bengals in a key matchup to start the season. For the Colts, it’s not all frowns as Andrew Luck put on a great show and Colts fans should be very happy with his return.