Why Michigan Will Win the Big Ten and More 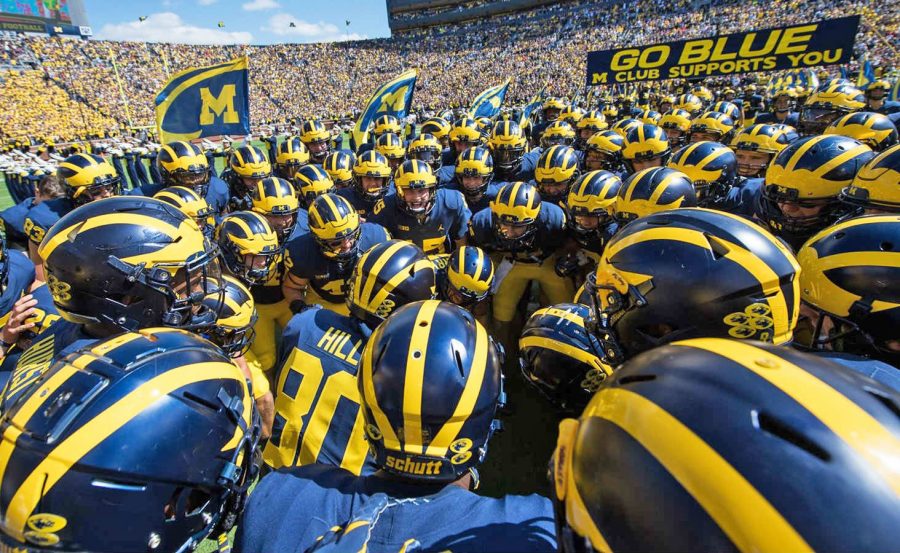 Why Michigan Will Win the Big Ten and More
Jay Bhati ’20, Sports Editor

A lot of people had high hopes for Michigan when Jim Harbaugh came, and, in my opinion, he has lived up to the hype. Brady Hoke and Rich Rodriguez never came close to achieving what Jim Harbaugh has achieved in just three seasons. He has tremendously improved the recruiting and what type of athletes are coming into Michigan. The better the athletes, the better the program will perform. Jim Harbaugh has also brought Michigan to the national spotlight, whether it be through his uncanny recruiting tactics or his strange trips across sea.

From a universities perspective Jim Harbaugh has done a good job with one flaw. He is 1-5 against Michigan’s rivals Michigan State and OSU. An anonymous fellow big 10 head coach weighed his opinion stating that Harbaugh is a good coach but has had horrible quarterback play over the past 3 seasons. Jake Ruddock, Wilton Speight, John O Korn, and Brandon Peters have been at the helm of Michigan’s offense. All have struggled. When things looked bleak for Harbaugh, he found a secret 5 star recruit wanting to transfer from Ole Miss after NCAA sanctions deemed them unable to attend the playoffs in the upcoming season. Shea Patterson, after being deemed eligible for the 2018 season, might just be the key that Jim Harbaugh has been seeking for so long. Patterson has the ability to run and throw the ball quite well and will be a key addition to the 18-19 offense. The team has talent, they just needed a quarterback to be able to spread the ball around.

The only consistent thing about Michigan’s office is their running game, one of the only things keeping Michigan afloat as of recently. Producing NFL-caliber running backs, the Michigan running game is returning stronger than ever with a 1-2 punch of Karan Higdon and Chris Evans. Higdon, a more downhill runner, is a returning senior while Evans is a returning junior.  Both were dominant last year and look to continue their successful careers.

Even if the running game isn’t successful (which is highly unlikely), Patterson still has a pleather of receivers to throw to including Donovan Peoples-Jones, who really came in his own towards the end of the season, as well as his fellow classmate Tarik Black, who is returning after a season-ending injury sidelined him early during his freshman year. Both were progressing into being great receivers, and now they have a quarter back to complement them.

In other words, the offense is set and god willing will stay healthy, Michigan’s offense will put Big 10 defenses to the test. But the previous years Michigan’s offense has lagged, so what made Michigan a top 25 team you might ask? The answer is simply Don Brown and Michigan’s number 1 ranked defense. Led by upperclassmen Rashaun Gary and Chase Winovich, both on the defensive line, Michigan’s defense has time and time again been made thin by the NFL draft but has somehow restocked. The defense is sound in every level from the line to the linebacking core to the secondary. Not one aspect of the defense lags, and Michigan is looking to continue its dominant reign over the Big 10 once again.

Michigan is hungry to prove something to the world and has the opportunity to do so, playing OSU, Michigan State and Notre Dame. They look to have a successful year coming in the top 25 ranked 14.