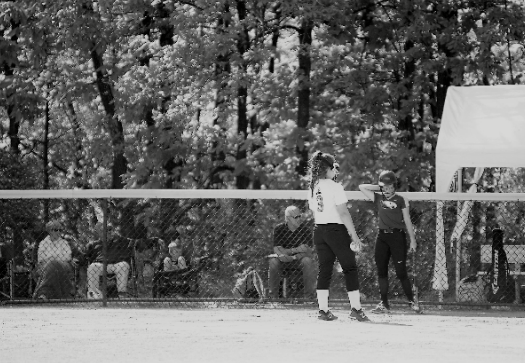 Even after losing a strong class of seniors, the boy’s lacrosse team looks to run with a full head of steam into the season. The key loss, Ian McInturf, is being replaced by a strong freshman and sophomore class. The sophomore and freshman class combined could comprise their own lacrosse team as they fill up the entire bench. The current senior class contains key parts all over the field with the likes of Bry Aquino, Noah Hess, Jack Gardner, Connor Pohl, and Thomas Mactaggart. Aquino is the only one playing lacrosse at the collegiate level at Savannah College of Art and Design (SCAD) next spring. The injuries are already starting to pile up for the team and have struck the senior class hard. Mactaggart tore his ACL at a Boca Seniors indoor soccer game and Jack Gardner is currently walking about CCD with a boot on his leg. Mactaggart’s injury is more severe but both losses will severely affect the team. However, the sophomore class is stacked with talent and they are ready to step up to the challenge. Matthew O’Brian, Cader Rowe, Keane Warner, and Miles Longevin all contributed last year and plan to increase on their roles this season. Junior Sterling Snell is protecting the goal, and is much more experienced coming off a full year of goalkeeping as a sophomore.  The team looks to be in good shape coming into the season. Warner ’20 had some thoughts about the upcoming season saying “I think we have a great shot at competing in the MVC this year. The big boys in the division are the twins at Summit Country Day, but hopefully this year we can give them a run for their money. That’s always our biggest game. Besides Summit, the rest of the MVC shouldn’t be too hard to deal with.”

Girls Lacrosse suffered a big blow with seven seniors leaving the team last year. Several were starters and went on to play collegiate lacrosse. Girls lacrosse is coached by Mrs. Dunn and she is looking forward to the upcoming season filled with new faces. The team is led by captains Hannah Hess ’19 and Kaity Travis ’18, but the strength of the team lies in the underclassmen. The freshman class has seven girls partaking in lacrosse, all experienced having played in middle school. The team seems to have reloaded with the freshman class. The sophomore class also contributes six girls to the team. The only major injury within the team is Katie Briggs ’20, who has dislocated her knee and is currently on crutches as the season starts. Besides Briggs, the rest of the team is ready to jump into the season.

Baseball is one of Country Day’s strongest sports. It has three future collegiate athletes on the roster and the Head Coach is Mr. Dunn. The roster is comprised of several seniors, two juniors, one sophomore, and very few freshmen. The team graduated four starting seniors, two of which play currently play college ball. Outsiders predicted that the losses would be too much for the team especially with having to compete in the skilled Miami Valley Conference. However, Mr. Dunn and the rest of the team embrace the hate. The team is small, but skilled. The strength of the team is evenly distributed all throughout the field, and the hitters are very capable against any pitcher that throws at them. The team has been preparing for the season since the start of the year due to the resilient pressure of former CCD student athlete and current assistant coach Asif Shah. Shah’s mentality and pressure is due to the fact that he thinks his team is comprised of some of the best ball players in Cincinnati. And if they are not, he pushes them to the best of their ability in the cages during the off-season. Through his critiquing as well as adjusting hitting forms, CCD is one of the best hitting teams in the conference. It will be interesting to see how conference rivals such as CHCA and Summit faceoff with CCD this year.

Senior Ruth Kramer, along with seniors Megan and Sarah Jarrell, lead the softball team onto the field this spring. The team was heartbroken by the loss of all-star Olivia Robinson, but sophomore Lily Reisenfeld is pumped and ready to step into the shoes of Robinson at 3rd base. Liz Brock ’20 is the lead pitcher for CCD, which can be difficult on a softball player’s arm, but Liz says she is up for the challenge. She had a pretty good start to her high school career, also being the lone pitcher as a freshman, but she feels she is more prepared than ever, especially after a full year of experience. Brock commented on the ordeal: “A lot of people wince at the idea of having one pitcher the entire game, but I love it. It lets me get in a rhythm and I am able to familiarize with each batter. It also teaches me to have a short memory and treat every pitch as its own game. If I mess up one pitch, I always have the next to get better.” Brock pitches to senior Ruth Kramer who has a lot of belief and confidence in the underclassman pitcher. Brock along with the rest of the team are excited to jump into the season and compete against the likes of rival CHCA.

Tennis is the only CCD sport coming off of a State Championship run. The historic run of Vishaal Nalagatla is finally over after 3 state championships. However, this isn’t a big loss for the tennis team. The tennis team is stacked with young underclassmen talent and is led by junior captain Manav Midha. The key to CCD’s success is Coach Matt Dektas who has been able to convert many average players into state contenders. Dektas is back for another year and another state title. His hopes are always high for his varsity program. He enforces offseason work starting in the summer. Younger brother to Vishaal, Sai ’21 comments on this saying: “it’s hard to want to practice tennis in the fall and late summer, but it pays off when the season starts and you are able to beat guys without even thinking because of how much work you put in.” The tennis program is one of the largest at CCD and they have high expectations to go very far into the post season.

The track team is once again loaded with impressive seniors ready to take charge and redeem their titles. John Blang ’18 returns this year after a devastating DQ at state. On the second leg of the 4×1 relay, Blang pulled his hamstring and was unable to run to the end of his leg. On the incident, Blang says he’s ready to try again and redeem himself. Senior runners Ayanna Kemp, Lorae Stojanovic, Moya Ly, and Kaitlyn Hardesty are ready to get back on the track and take their efforts as far as possible. In the field, senior Clarissa Conner is ready to begin another season of pole vaulting while seniors Corey Lancaster and Jessie Lang are excited to start throwing the discus again. While many seniors are excited to get out onto the track and begin the season, many underclassmen are preparing to fill big spots once the seniors are gone. Sophomore Joely Virzi is an important addition to the team and many seniors are anticipating her success along with their own.