Beauty and the Beast: 2017 Movie Review 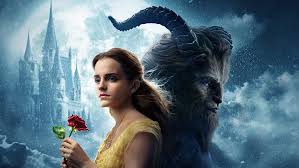 Beauty and the Beast, directed by Bill Condon and written by Stephen Chbosky and Evan Spilitopoulos is a new live-action version of the classic Disney animated film from 1991. It stars Emma Watson as Belle, Dan Stevens as the Beast, Luke Evans as Gaston, Josh Gad as LeFou, Kevin Kline as Maurice, Hattie Morahan as the Enchantress and Agathe, Ewan McGregor and Ian McKellen as Lumiere and Cogsworth, Emma Thompson and Nathan Mack as Mrs. Potts and Chip, and Audra McDonald as Madame Garderobe; all of whom were incredible, even if Emma Watson did sound a little auto-tuned at times.

The live-action version follows the classic storyline of Belle and her father, Maurice, living in a small village full of small-minded people. When Maurice comes upon the Beast’s castle, Belle trades her life for her father’s and is imprisoned in the Beast’s castle (supposedly) forever. She then meets the Beast’s servants, objects that are actually alive; they have been cursed by the Enchantress because of the Beast’s poor character. They have until the last petal falls off of an enchanted rose to get the Beast to fall in love with someone who loves him back, or they become lifeless objects forever. Belle and the Beast eventually fall in love, and after a fight between the Beast and Gaston, the Beast is mortally wounded, but saved and transformed by Belle’s love.

This 2017 version also included some major additions to the backstory of many of the characters. In the original version, the disappearance of Belle’s mother was not explained, but now we know that she died of the plague in Paris when Belle was a baby, and her and her father had to leave so they would not get sick as well. Belle and the Beast use the Beast’s enchanted book to travel to Belle’s old home in Paris where her tragic backstory is fully explained. We also receive backstory about the Beast; the Beast’s mother also died when he was very young and he was raised by his strict and rough father, which is why he became a narcissistic jerk who was rude to the enchantress in the beginning. The townspeople also got more of a backstory: it turns out that they were all family or friends of the people in the castle, but the curse made them forget all about the Beast and his servants. The reunion in the end was made much more exciting and raw when you saw all of the townspeople and servants reunited with their loved ones. They also made the curse that the Enchantress put on the Beast and his home more complicated. Every time a petal fell off of the rose, the castle crumbled a little and the objects became stiffer. The Enchantress was also given a real role in the film. Her counterpart in the village is a seamstress named Agathe who appears in many important moments. Another change appeared in some of the songs. Some of the lyrics in “Gaston” were changed along with the addition of two songs: “Evermore”, sung by the Beast after he lets Belle go, and “Days in the Sun”, which explained the Beast’s newfound backstory.

Beauty and the Beast was an entertaining tribute to the classic and was much better than I expected it to be. My first assumption was that it would be boring to watch different actors re-tell the story I’d heard/seen so many times before, but the new songs and backstory developments banished that possibility. I would definitely recommend rushing to the theater to see it before it’s gone.