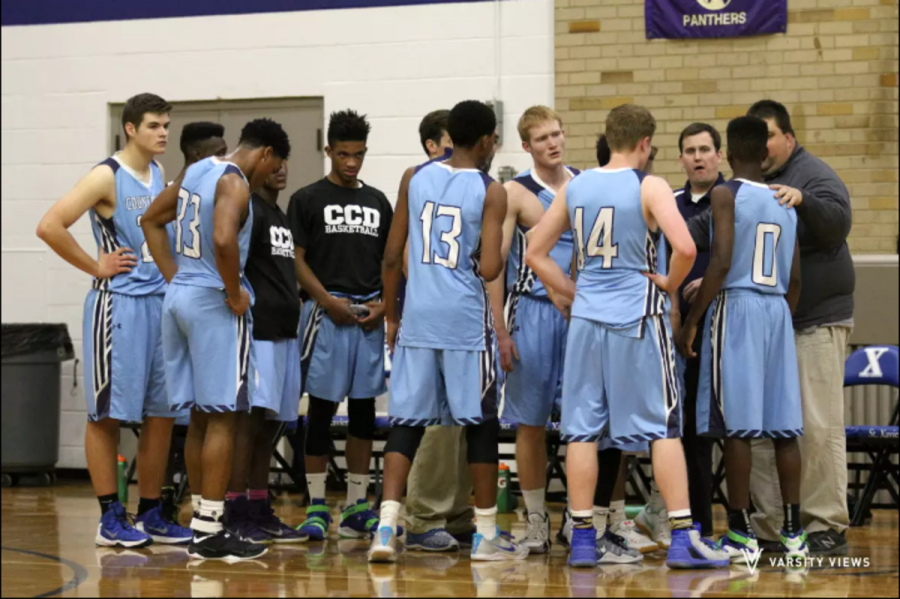 What do you think when you hear the word January? Most people think of the holiday season, Christmas, New Years, and snow. But for basketball coaches Greg Ross and Tony Waite and the varsity team, January is reminiscent of gym workouts with alumni, suicides, shot training, and getting into mid-season conference play. The varsity team is composed of 1 freshman, 4 juniors, and 6 seniors. Most of the bench consists of big men, which often leads to opportunities for younger players like freshman Matthew Adkins. Younger brother of varsity stand-out Blake Adkins ’18, the pair play amazing alone and together. Along with monstrous play by 4-year varsity star, senior Clyde Bennett, the team is a force to be reckoned with. The varsity holds a record of 6 -5, going 3-3 in conference play. Their next game will be against Gamble Montessori and still have another 10 games left in the season. A span of 2 -3 weeks at the end of December hit the team hard, but other than that, they are on the better end of the MVC.

The team still has 9 conference games left in the season. Six of these games are at home, and the biggest advantage a varsity team can have on and off the court is a good home crowd. Country Day may not have the luxury of an overly obnoxious band, but we can sum up a good number of students to come cheer for the team (not to mention was it does for the team’s performance). For underclassmen of the opposing team playing in their first varsity game, a student section cheering at every basket can get under their skin. For Matthew Adkins having a large student section helps: “If it’s a regular basket, it helps to make you feel good and give you confidence. The environment is second to none, being able to be a part of a family, something that is bigger than yourself, the experience is second to none.” Point being, the team would highly benefit if they can amass somewhat of a student section for Friday night games.

In addition, the team has had the luxury of not being riddled with injuries this year. The only notable injury is to Bennett who is suffering from a knee injury. The rest of the team has been healed from preceding injuries and are playing at a high level. The Country Day basketball team has a very high chance of coming out on top of the MVC and going further. The team has seemed to turn over a new leaf, and hopefully they will be able to end their season successfully.