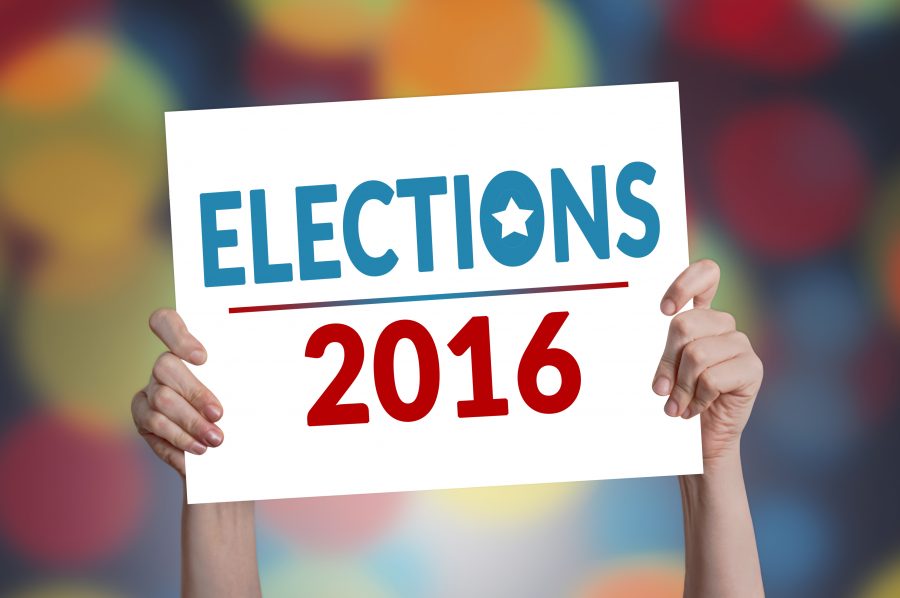 After weeks of preparation and campaigning, the result of Country Day’s Simulection has finally come out after students voted on November 8th. Taking advantage of a large budget and well-delivered political ideas, the Democratic Party, despite their loss in the real election, won the electoral vote and the popular vote in the Upper School. To better understand the purposes of this activity, I interviewed Mr. Peter Fossett ’80, the Upper School history teacher who led this project. The following is an edited transcript of our conversation.

Adam Peng ’17: How did this tradition start in our school?

Mr. Fossett: I thought the government class provided the opportunity for simulation of some kind, and I have been trying to figure out how to simulate the presidential election, because it seemed maybe the most interesting thing we can simulate, and I just tried it in 2008. I tried with Mr. [Eldrich] Carr who was another history teacher, I think he was teaching Economics. He helped me design it.

P: Do you think there is any part of the Simulection this year that didn’t go as you wished it would?

F: I was concerned this year that given some of the personalities in the actual presidential campaign election, and given some of the controversial issues and tensions surrounding the actual campaign,… that the simulation in the school would generate some of the issues. I was particularly concerned about how the Republicans might represent Donald Trump, I was concerned about how the Democrats might represent Hillary Clinton, and that things might get a little personal. But the kids did a great job. I mean we set some ground rules at the beginning, but I thought all the students representing all of the parties this year did an excellent job. They were substantive. The campaign didn’t become personal. There were some elements of criticism of the other parties and the other candidates, but I thought they were on a substantive level rather than a personal level.

P: So you think four years later this election would be basically the same?

F: …I think the first time I did this, there were enough kids to do five parties. So we were able to bring in a really radical party like the Socialist Party, but in the last couple of years we haven’t have enough kids to do that.

P: Do you have anything to say about this year’s result? Why did the Democrats win?

F: Well, I don’t know. I don’t know how much students and faculty were influenced by their opinions about the real election, and how much they were influenced by the work done by the students in the Simulection. There might be some teachers and students who based their voting entirely on the performance of the kids, there might be some who based their voting on a mixture of how the kids did and how they would go in the real election, there might be people who just used their vote in the Simulection to express their opinions about the real election. So it is not entirely clear to me why the Democrats won. Is it because there’s strong support in Hillary Clinton in the school or is it because the kids representing the Democratic Party earned the votes?

P: Is there a particular thing that the Democratic Party did to make them win that you think is the most important?

F: I don’t know, I think the Democratic Party took advantage of their large budget, and they created a strong presence in the school, they had some colorful and informative posters, they had pretty informative brochure, their representative did a nice job in the debate, and I think they had a strong person-to-person presence in the hallways, talking with students and faculty, trying to promote a democratic message. I think the other parties did a nice job, too. I don’t think I can identify any one factor. I think that is hard because a lot of this is very private–the decision that people make about who they vote for–and they don’t always tell us why they vote for a particular person, what persuaded them. So it is hard for me to know, but I think there are some things that the Democratic Party did well in their campaigning.

P: This campaign in our school is actually more than a project for a single class or the history department, it is for the whole school to participate. As a teacher, what would you say is the purpose of this project as an education for all the students on campus?

F: To provide some opportunity to discuss the issues, to experience political participation, to think about who you are as a political being… I have the advisories serve the function of states in the Electoral College in part to help the students start to understand the role of the Electoral College and the importance of electoral math in designing presidential campaign and designing the strategy of which states or which advisories they are going to focus their energy on…

P: If you could name one student in our class who had the best performance in the simulection, who would you say? You can name a few.

F: I thought all of the student representatives who participated in the debate acquitted themselves well. Getting up in front of all of your classmates and the entire school is something very hard to do, and those four students embraced that challenge and I thought they did a nice job. I think there were some clear leaders who showed themselves in front of the parties. I thought Nick Jaccaci [’18] developed as a strong leader for the Democrats, Parker Voss [’17] developed as a strong leader for the Libertarians, I thought Cam (Cam Davis ’17) was a strong leader for Republicans. I thought there were couple of students in the Green Party who developed as leaders, Hailey (Hailey Spaeth ’17) and Christina (Christina Agostino ’17) showed some good leadership skills in the Green Party. But I hesitate to single out those people because each of the students who participated provided individual strengths and made important contributions.

P: Talking about the debate, some audience members felt like there should be one or two questions designed to be asked by audience. Do you think that might be available in the next simulection?

F: It certainly worth thinking about, yeah. Turning this into a different form in which the student audience can contribute questions. We would have to develop a system thorough which the students could pre-submit questions and I could look them over for appropriateness and quality, but that’s a good suggestion.

P: In the debate, many of us noticed that the representatives talked much about parties. Do you think the debate should be a little more about the real candidates?

F: They certainly talked about their parties’ message and platform, but I think this is something that the real life candidates do. They are not operating independently from their parties and they are not representing message that are solely their own message. They are acting as the leaders of their parties. And I though the students in the simulection expressed both ideas of representatives and party. But I was a little concerned this year and stressed with the students this year that none of them, especially the representatives at the debate were not to role-play the actual candidates (Donald Trump or Hillary Clinton or Jill Stein or Gary Johnson). I was concerned that that might go badly. If students were walking around pretending to be Donald Trump, and behaving in a manner consistent with Donald Trump’s behavior, I think that would be entirely inappropriate.

P: How do you think the different result of the real election compared to the Simulection might inspire us about politics?

F: Good question. Again, I don’t know why the Democratic Party won the Simulection. I don’t know if it reflects a democratic bias within the student body and the faculty or whether it reflects a judgment of them in the Simulection that they outperformed other parties. I suppose one lesson here for the student participants and the student voter is that by participating and getting actively involved in the political process, you can make a difference. You can influence the decision of your neighbors and community members. [When the Political Roundtable club polled students about their] preferences in the presidential race, Donald Trump won the poll. But the result of the Simulection flipped, and in fact, Republicans came out last in the electoral votes. Does that reflect the Democratic Party of the Simulection affecting people’s minds, I don’t know. But I hope the student participants are learning some lessons about the importance of participating.

P: Thank you! Nice talking to you today, it is really helpful!

As a great part of Country Day tradition, I am confident that the Simulection in 2020 will be more exciting and teach students more about politics and their community with the leadership of teachers like Mr. Fossett and the hard work of students. Congratulations Democrats for winning the Simulection of 2016!