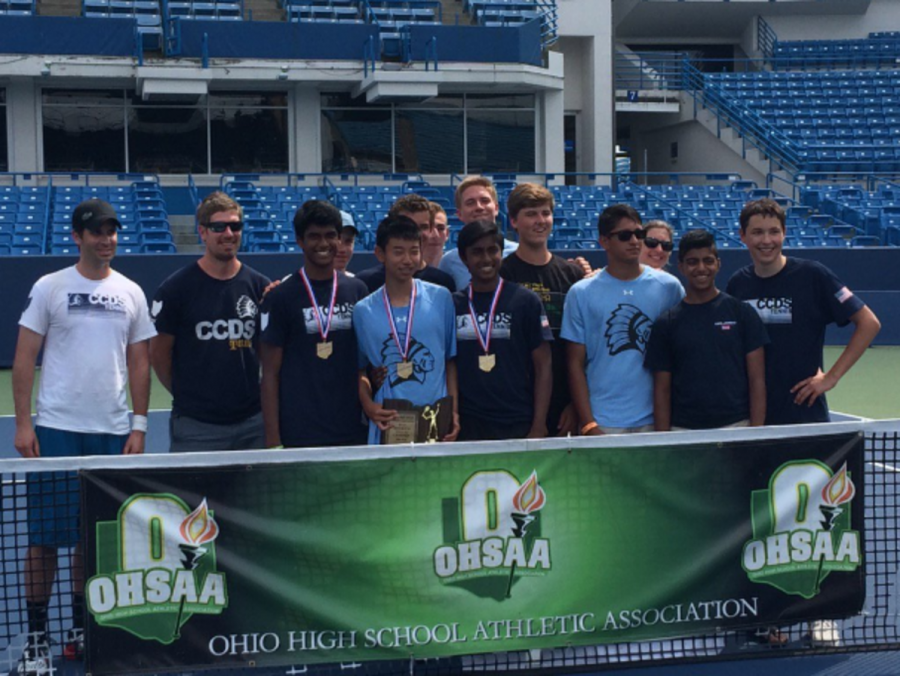 As exams finish and school begins to come to a close, it’s time to look at a recap of our spring sports achievements. The teams this spring enjoyed multiple successful seasons. Through the leadership of graduating seniors, our teams represented our school with upmost sportsmanship and class, while dominating the conference.

For the better part of their season, the boy’s lacrosse team went undefeated against many ranked teams. Taking the reins of the team, captains Ian McInturf ’17, Will Brady ’16, and Sam Jenkins ’16 played pivotal roles in the team’s success in the regular season; they finished 13-4 heading into the postseason. The boys were pitted against a Seven Hills team who they had barely scraped past in the regular season, leading to a great first round playoff game. Due to a problem with senior Brady’s stick, he was forced to sit out for much of the first half, allowing Seven Hills to get an early lead which the team never came back from. The girl’s lacrosse team also came into the season with high hopes because of the many returning seniors and starters. The Boggs’ sisters, Taylor ’16 and Skylar ’18, along with seniors Emma Robitaille ’16, Maggie Bernish ’16, and Caroline Retzios ’16 lead the charge in the regular season, however the team finished with a record of 5-8-1. The team then also played against Seven Hills in their playoff game, losing in a hard-fought game.

Following the graduation of captains Cameron Alldred and Austin Richey last year, the baseball team looked to rebuild this season. AJ Rowe ’16 was one of the few seniors on the team, and by his leadership and the help of catcher Ronnie Allen ’17 and pitcher Cameron Davis ’17, the team finished with a regular season record of 11-8. The boys then lost first round to Blanchester City Schools despite nice hitting by Allen. Missy Dieckman-Meyer ’16, who will go on to play for Lake Forest University after graduation, headed the excellent softball team to a 13-4 record. After a nail-biter first round playoff game against Felicity Franklin, the girls lost 2-1.

Coming in with high hopes, both track teams failed to disappoint. Many seniors helped show the way to their fellow runners, such as Douglas Barnett ’16, Darryn Jordan ’16, Kamal Apatira ’16, Haven Watson ’16, Tiara Atwater ’16, and many more. The boys won back to back league and district championships, and the girls got second in both league and in the district championships. From there, Jordan qualified for state in the 100 meter dash, getting second, and the 4 x 1 team of Justin Ramey ’17 (who filled in for Douglas), John Blang ’18, Jalen Mundy ’17, and Jordan won the race at regionals, qualifying for state. On top of that, the team beat the previous school record of 43.5 seconds by running a 43.0, setting a new school record. The guys will run June 3rd and 4th in Columbus to compete for a state title.

Even with the loss of senior Asher Hirsch last year, the tennis team was still favored to make it to state. With the addition of the freshman Shashank Reddy, as well as the emergence of Nathan Albrinck ’16 and Justin Baker ’17, the team finished with a regular season record of 8-6, against mostly division one schools. The doubles team of Reddy and Vishaal Nalagatla ’17 won the state title in doubles and junior Kevin Yu also prevailed in the singles draw to win state after a comeback in the semifinals. The day after winning two state titles, the team headed to Reynoldsburg to compete in team state finals. Following a thrilling victory in the semifinals against Columbus Academy, the team went on to beat the Hawken in the finals with the doubles team of Baker and Shaheel Mitra ’17 clinching the title.

Congratulations to all spring sports teams on fantastic seasons and good luck to all those that are still competing!