Evening of the Arts Proves to be a Success 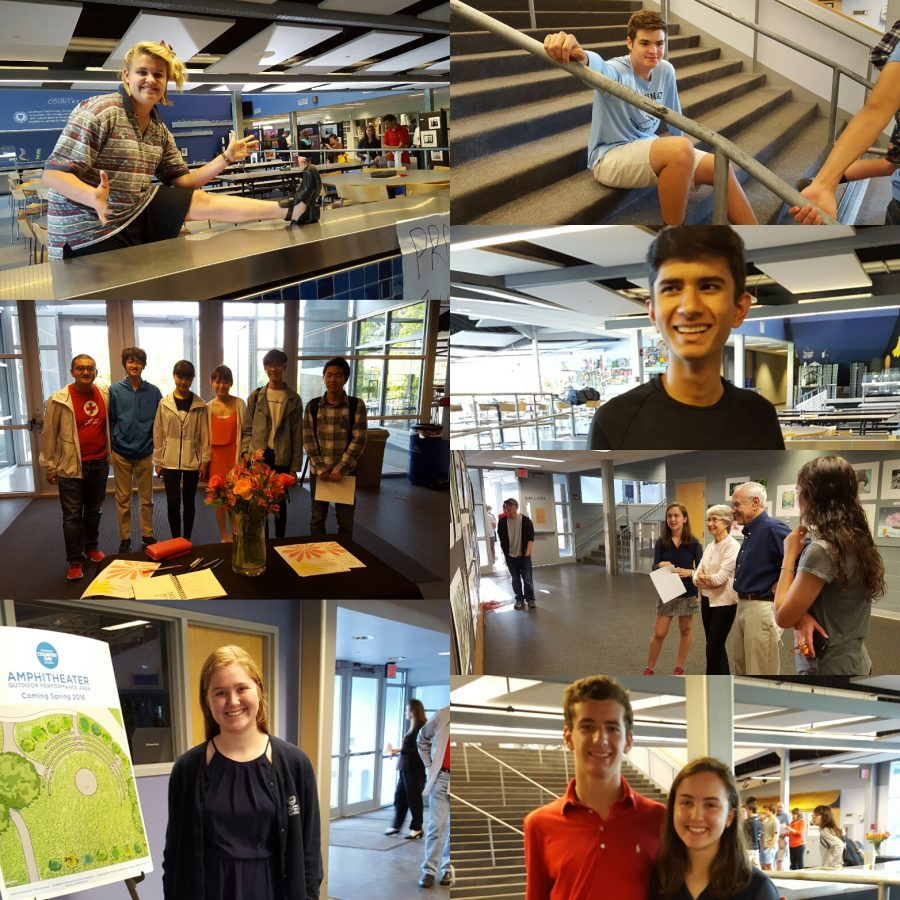 Unlike previous years, Evening of the Arts was split into two nights. The first night, Thursday, titled Evening of Preforming Arts, focused more on musical performances whereas Friday, titled Arts Happening, focused on visual art. Thursday night featured performances by band and choral groups, as well as tributes to the seniors from Mrs. Rose and Ms. Wietmarschen. “The goal was to emphasize more of an educational component to the events that were part of the curriculum rather than simply entertainment,” says Ms. Lichty-Smith. “The students took ownership for the events.”

This year’s choir performance was a bit different: Mrs. Rose organized a performance by her show choir, which was a new concept to Country Day. “The choir has worked so hard this year and it was super challenging,” says Annabel Forman, ’19. “But I definitely think we really showcased all we’ve accomplished this year as a group.” Evening of the Performing Arts gave students a chance to shine, but also the faculty. Some faculty members were brought onstage, even Mr. Jaccaci. “I enjoyed performing with the choir very much,” he says. “And although I can’t sing very well, I sure can fall on my face with the best of them.” The night was a great success, and students, faculty, parents, and friends all had a blast.

Mrs. Brand, Country Day’s new art teacher, found “both evenings were quite enjoyable.” She also enjoyed all the performances, seeing all the artwork, and also noted former art teacher Mrs. Hausman’s return to catch up with former students. Another plus, Mrs. Brand adds, was that “InWords set up a charming alcove lounge area for the debut of their publication, with sparkling cider, seating, mood lighting, and a paper fringed curtain.” There were many events happening at the same time each night, so nobody was bored.

“Honestly, in the 19 years this show has been exhibited at CCDS this was one of the best practiced showcases I’ve ever experienced,” says Ms. Lichty-Smith, confirming the night as a success. As for what to expect in the coming years, “The venue has a ton of potential. Next year will be even better…we are already planning.”