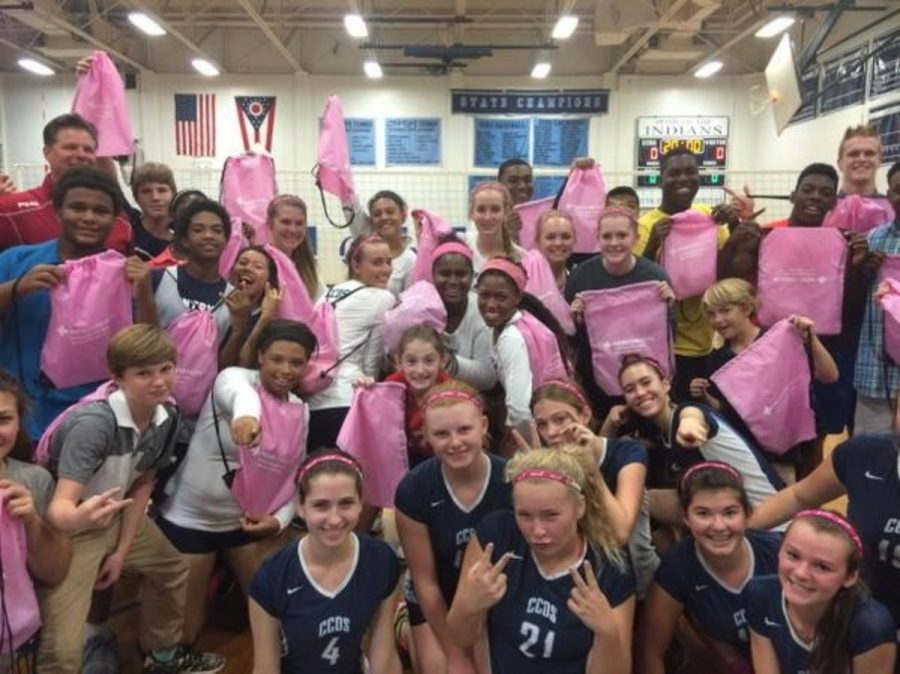 The Cincinnati Country Day volleyball team finished a great 2015 season last week. The  varsity team finished 6-13, while the JV team finished 4-12. Key varsity wins included  North College Hill (score 3-1) and Clark Montessori (3-1). The team beat Lockland on the October 17th in a very close 3-2 game in the OHSAA Sectional Tournament first round. They had beaten Lockland earlier in the year as well but since then, Lockland had gained a few players back from injury, making this game more challenging. Last Wednesday, the team played a tough Fayetteville team in the OHSAA Sectional Semifinal, losing 3-0 but fighting hard. They played best in the second set, rallying around each other’s challenging shots. Junior varsity was victorious over competitors including Seven Hills (2-1) and Lockland (2-0). Overall, both teams had a successful  and promising season.

Ruth Kramer, a sophomore on the varsity team, says, “It was really fun. We were all really close. We had a good season. You win some, you lose some. We played better as a team this year.”  Team spirit and bonding made for a stronger team. This spirit was evident when you watched their games. The Volley for the Cure game on October 6th was a sea of pink, with both players and fans pinking out  to honor Breast Cancer Awareness Month. At practices, the team not only trained hard, but laughed and had fun while doing so. Clarissa Conner, a sophomore on varsity, comments, “Overall I think we had a great season. Sometimes I wish we were a little more controlled at practice… but overall it was a good season.”