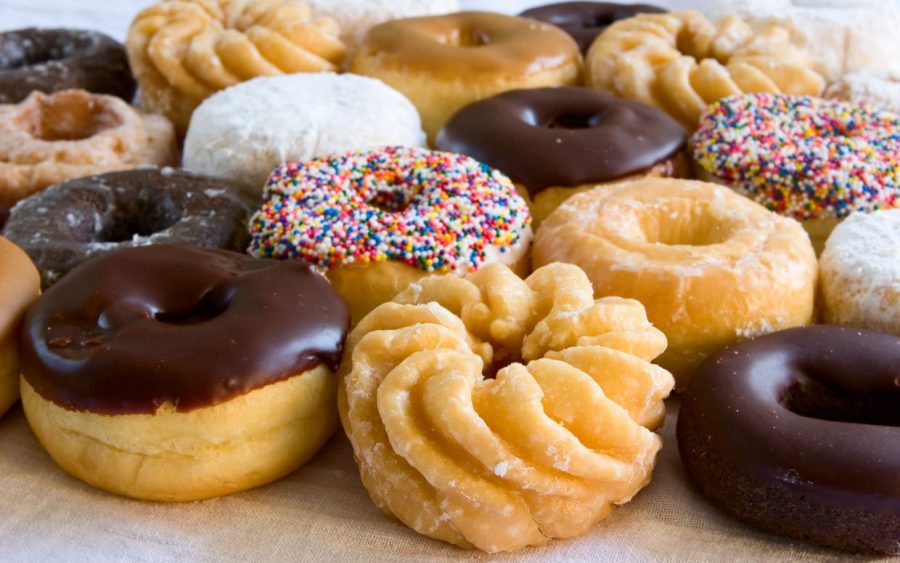 Advisory snack: the highlight of the week; the light at the end of the tunnel, so to speak. Enjoying the delicious treats is the expectation of many advisories every Friday. Usually in the form of doughnuts, advisory snack is a way to bond as an advisory. Whether this be in the felicitous arrangement of enjoying doughnuts as a group or relishing the collective ostracism of a person for forgetting to bring the snack on their specified day, advisory snack is symbolic.
On a successful Friday morning, the advisee or adviser who is next on the list to get some doughnuts for the entire advisory to appreciate. When they bring in their food, the advisees consider them someone who did their job rather than someone who is a hero for the day. These students are the providers of breakfast for many, and supplier of an after-lunch dessert, but said student does not necessarily receive a comparable amount of love as hate when the snack is forgotten.
Someone who forgets snack could easily write this off as a simple mistake, and think, “Oh, I’ll do better next time;” however, to the rest of their advisory, they have committed a crime of the highest level. In most cases, the entire advisory ignores the offender for the rest of the day, and in some cases the rest of the week. Ms. Thornberry’s advisory was once angry with her for the morning for just forgetting their snack in her office. Her advisees soon forgave her once she actually brought them to her room. In many ways, the only reward to bringing doughnuts is not being the object of so many people’s hate.
At the end of the day, it is important to give the people what they want. All the people need on a Friday, after a long week of daunting work, is some nice doughnuts. They may have their preferences of brand, flavor etc., but really, they will just be happy if they get something from you. Unless that something is fruitcake or gluten-free, baked doughnuts. Do not bring that to your advisory. You are probably better off not bringing anything rather than facing their wrath..don’t think youre advisor won’t participate.