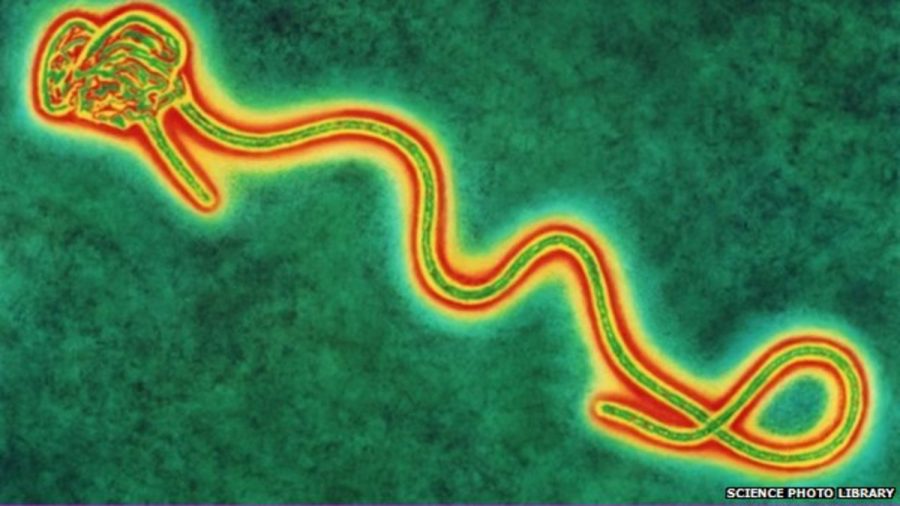 Ebola has been headline news for weeks. It dominates our news tickers, Twitter feeds, and Buzzfeed articles. The Centers for Disease Control, which carefully catalogues every case, reports that it has caused, excluding 2014, exactly 1548 deaths since its discovery in 1976.[i] In contrast, the CDC recently reported that an average of 23,607 people die of seasonal flu-related complications in the United States every year.[ii] However, Ebola is currently overwhelming West Africa so terrifically that coughing passengers are being hauled off of planes by Hazmat crews and Congressmen are calling for travel bans in various forms regarding flights from West Africa.

Also known as Ebola Virus Disease, Ebola is spread by contact with the body fluids, such as blood or vomit, of an infected human or other animal. Fruit bats, which can spread the virus without showing symptoms, are believed to be a common carrier of Ebola. Humans are then infected by coming into contact with either the bats or an animal infected by the bats. Symptoms, which present anywhere from two days to three weeks after contraction of the virus, consist of a fever, sore throat, muscle pains, and headaches, followed by vomiting, diarrhea, a rash, and internal bleeding. Patients for whom the disease is fatal typically die six to sixteen days after symptoms first appear from low blood pressure due to fluid loss—they bleed out. While there is no treatment for Ebola, physicians try to provide the sick with lots of fluids, which improves outcomes. The virus kills anywhere from 25% to 90% of those infected, although mortality rates depend on the quality of medical care available.

Ebola was discovered in 1976 after two outbreaks of the disease occurred, nearly simultaneously, in Africa. From June to November 1976, a hemorrhagic fever now called Sudan ebolavirus ravaged Nzara, South Sudan (then part of Sudan). On June 27, 1976, a storekeeper fell ill with “influenza-like symptoms.[iii]” He was hospitalized on June 30 and died on July 6. By the end of the epidemic, in November, 284 people had been infected and 151 had died. Scientists now understand that the species Sudan ebolavirus, one of the five viruses within the genus Ebolavirus, causes Ebola Virus Disease in humans and other primates. Although the World Health Organization medical staff involved in the Sudan and Zaire outbreaks were aware that they were dealing with similar, new diseases, the naming of the virus didn’t occur until after the second outbreak. The Zaire outbreak, along with the disease in its entirety, were eventually named for the nearby Ebola River, a tributary of the Congo River.

Ebola was also attacking a small village in Mongala District in Democratic Republic of the Congo, then known as Zaire. Though this outbreak was caused by the species Zaire ebolavirus, a different member of the genus Ebolavirus, the epidemics were very similar. The crisis started on August 26 when the school headmaster fell ill with what was thought to be malaria. He died on September 8 from the disease. Soon after his death, those who had been in contact with him also fell ill and died, prompting panic. By the end of the outbreak, 318 people had been infected and only 38 had survived.[iv]

Since those two initial outbreaks, there have been, excluding the ongoing crisis, only two incidents of Ebola outbreaks in which number of reported deaths topped 200. In 1995, a deadly outbreak of the Ebola virus (Zaire ebolavirus) in the Democratic Republic of the Congo resulted in the deaths of 250 out of the 315 infected individuals. From 2000 to 2001, the Sudan virus killed approximately half of the 425 individuals reported to have contracted Ebola in an outbreak in Uganda. The Centers for Disease Control and Prevention commented at the time, poignantly, the most individuals became infected by attending the funerals of Ebola patients, by making contact with infected family members, or when personal protective equipment used to provide medical care to patients failed

Now, however, Ebola is ravaging West Africa and threatening to spill over into the western world.  On March 22 of this year, the West African nation of Guinea confirmed that a hemorrhagic fever which had killed more than fifty people was Ebola. Just eight days later, Liberia reported two Ebola cases and suspected cases were identified in Sierra Leone. At this point in time, international organizations disagreed over the scale of the epidemic: Médecins Sans Frontières warned that the outbreak’s spread was “unprecedented” while the World Health Organization (WHO) deemed it “relatively small.”[v] [vi] On April 4, a mob attacked an Ebola treatment center in Guinea, accusing the workers of bringing the illness. This attack demonstrates a general hostility faced by healthcare workers in West Africa. On May 26, the WHO confirmed the first Ebola deaths in Sierra Leone. Three weeks later, on June 17, Liberia, which first reported Ebola on March 30, stated that Ebola had reached its capital, Monrovia. On July 25, Nigeria confirmed its first Ebola case. On July 30, Liberia shut schools and quarantined communities struck worst by the outbreak, using its military to enforce the policies. On August 2 and 5, respectively, Dr. Kent Brantly and Nancy Writebol, both infected with Ebola, were flown from Liberia to Emory University Hospital’s Containment Unit for treatment. They were released on August 19 and 21, respectively, free of the virus. On August 8, the WHO finally declared Ebola a “Public Health Emergency of International Concern” and, four days later, approved the use of unproven drugs or vaccines.[vii] (While no cure exists for Ebola, numerous labs are pursuing an Ebola vaccine). On August 24, the Democratic Republic of Congo declared an outbreak of Ebola, thought to be separate from the West Africa catastrophe. Five days later, Senegal reported its first confirmed Ebola case. (Senegal and Nigeria have since been declared free of Ebola.) On September 2, the president of MSF condemned “global inaction” and declared that the world was losing the fight to contain Ebola. On September 3 and 8, respectively, the third and fourth US doctors infected with Ebola were flown from Liberia to the United States for treatment. On September 7, President Barack Obama declared that the United States needed to do more to prevent Ebola from becoming a global crisis and, on September 16, the United States promised to send 3,000 military engineers and medical personal to West Africa to build clinics and train healthcare workers. The WHO reported 2,461 dead out of 4,985 infected, doubling the death toll in the past month. While Ebola has since reached the United States – Liberian Thomas Eric Duncan was diagnosed with Ebola on September 30, Nurses Nina Pham and Amber Vinson on October 12th and 15, respectively, and Doctor Craig Spencer on October 23 – this article focuses on the virus in West Africa. As of October 25th, the CDC estimates 10114 total cases of Ebola and 4912 deaths.[viii]

This bout of Ebola has been unusually challenging to contain. Dr. Michel Van Herp, an epidemiologist with MSF, commented in July on the oppositions doctors were facing, and continue to face, in their efforts to treat the disease. First, there is a lack of knowledge amongst West Africans about Ebola. This outbreak marks the first time Ebola has affected Guinea, Sierra Leone, and Liberia. Many West Africans are fearful or reluctant to believe that the disease exists.  Some even accuse the health workers of bringing the disease. Ebola’s astonishingly high mortality rate, 90% in some instances, creates another layer of fear and incredulity. There is also a high level of population mobility. According to MSF, West Africans travel significantly more than their Central African counterparts, contributing to the rapid spread of the disease and hindering efforts to find the potentially infected.[ix] Dr. Thomas Freidan, the director of the U.S. Centers for Disease Control, add that controlling Ebola is “fundamentally about speed and scale.” He suggests increasing the number of available hospital meds, making burials safer, and helping healthcare workers stay safe from infection. The problem isn’t in understanding how to contain Ebola but in acting quickly and considerably: “We know how to control it. We have to act now. Speed is of the essence.” [x]

[vii] WHO Statement on the Meeting of the International Health Regulations Emergency
Committee Regarding the 2014 Ebola Outbreak in West Africa. (2014, August
8). Retrieved October 26, 2014, from World Health Organization website:
http://www.who.int/mediacentre/news/statements/2014/ebola-20140808/en/

[viii] Anderson, S., & Oatis, J. (2014, October 17). Ebola timeline: How the deadly
virus worked its way across western Africa and the rest of the world.
The Independent, Africa.